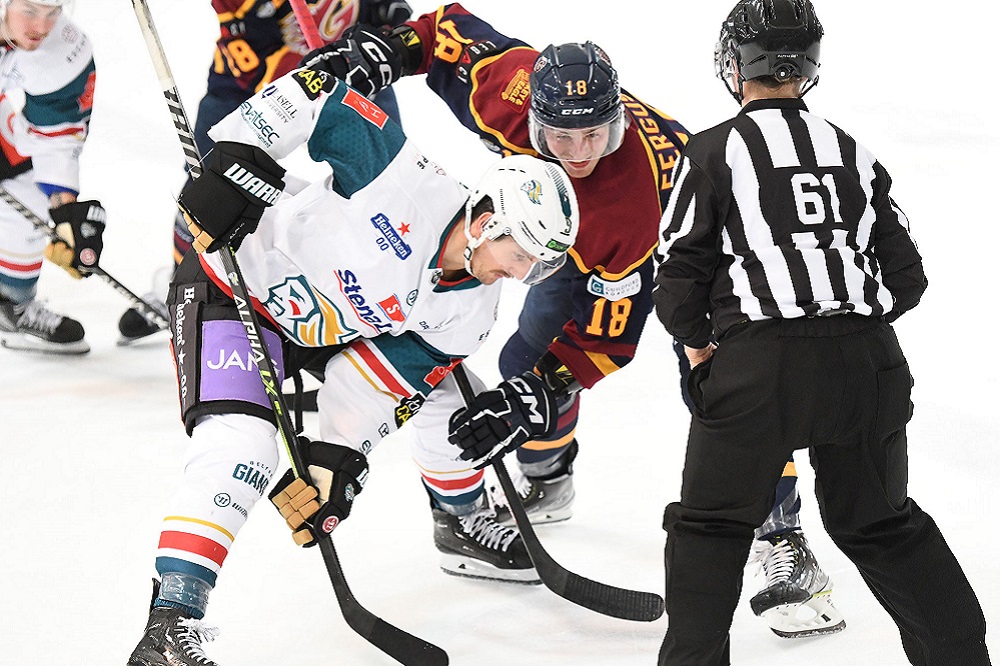 Flames start weekend with a win

An early lead and a late 4th goal offered the home team just enough offence as the Flames claimed a 4-3 win on home ice against Belfast Giants.

Flames had a lead early when Kyle Locke beat Jackson Whistle 51 seconds into the evening. Just before the 10 minute mark, Daniel Tedesco added to it with his first goal under the lights at Spectrum. With an extended 5 on 3 skater advantage to Giants, they managed to cut their deficit in half thanks to a Gabe Bast powerplay strike at 13:48.

A little over 5 minutes into the 2nd, Giants levelled off the stick of Scott Conway, but a 36th minute Brett Ferguson answer had Flames again onto a single goal lead, this time through 2 periods.

With time dwindling and Flames still clinging to a lead, a Flames powerplay was about to time out when Sam Marklund buried his side’s 4th for a bit of breathing room with about 4 minutes to play. They needed it because a follow up short handed strike by David Gilbert a little under 2 minutes from close pulled it to 4-3, but they couldn’t pull it any closer before the evening closed.

“Obviously, we are really happy with that outcome,” said Paul Dixon.

“I thought we had a pretty solid 60 minutes. We worked hard and competed hard from start to finish.”

“Belfast has a really good side and quite honestly we have a poor track record against them home or away so to be able to collect a home win against them on the back of winning in their building a couple of weeks ago is a big result.”

“We want to make the most of the home stretch here, though, so no time to pat ourselves on the back. We have to be ready tomorrow night to start at puck drop and give our best against Dundee Stars.”