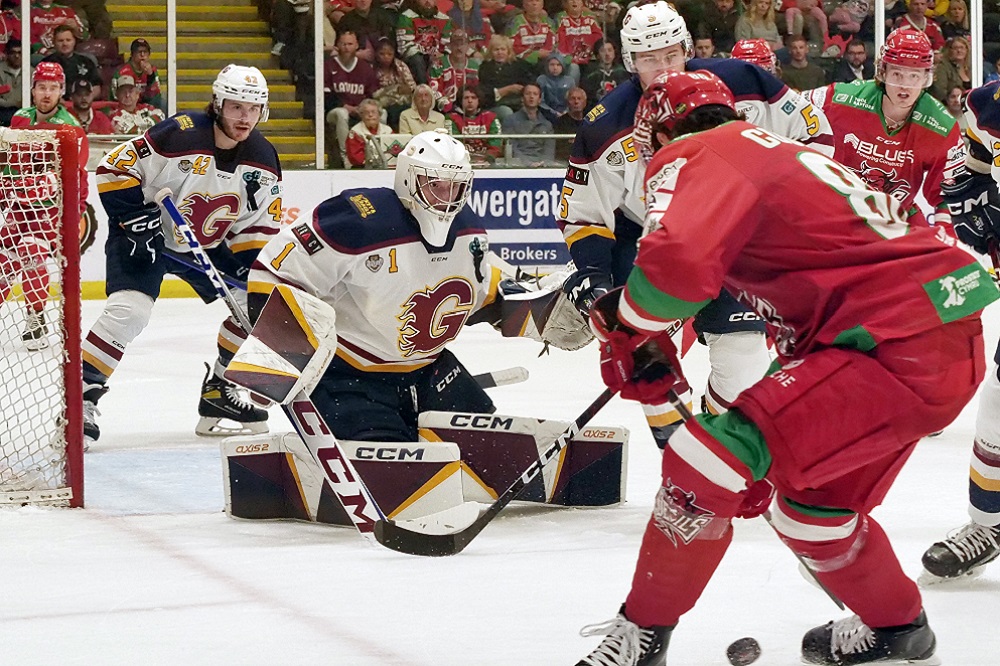 Taz Burman made 30 saves to nurse a 1st period lead for the remainder of the night and the Flames added an insurance powerplay strike early in the 3rd to open the Cup competition with a 3-1 road win over Cardiff Devils.

Flames took a two goal lead to the opening break thanks to a Daniel Tedesco strike near the period’s midway mark and then a Robert Lachowicz follow up 34 seconds before the close of the frame.

Devils carried the bulk of the play in the middle frame, sending 14 shots to the Flames net against just 6 the other way, but Burman was good for all of them, and the visitors still had a grip on the 2 goal lead with 20 minutes to play.

Less than 90 seconds after the ice cut, Jake Coughler cut Devils deficit to a single but a Flames powerplay reply not long after that by Ian McNulty re-stored a 2 goal Flames lead they would not relinquish the rest of the way.

Burman ended the contest 30 for 31 while Taran Kozun turned aside 19 of 22 shots.

“We certainly had a good opening period to get a lead that obviously turned out to be a crucial part of getting a result,” admitted Paul Dixon.

“In the 2nd we started with back to back penalties, and it just put us on the back foot for nearly the entire frame. Just as the last penalty ended we actually got one line stuck out there for 4 or 5 minutes as we iced it a couple of times and Cardiff had a lot of good chances when guys were exhausted and just could not get it out of our end.”

“One thing we did do well was get sticks in lanes and block shots and make it difficult for Cardiff to find good seams, but when they did Taz was there to make stops.”

“The 3rd was a little bit more of a two sided contest and it was good to see the powerplay click to give us a bit more breathing room that allowed us to go on and take a big win.”