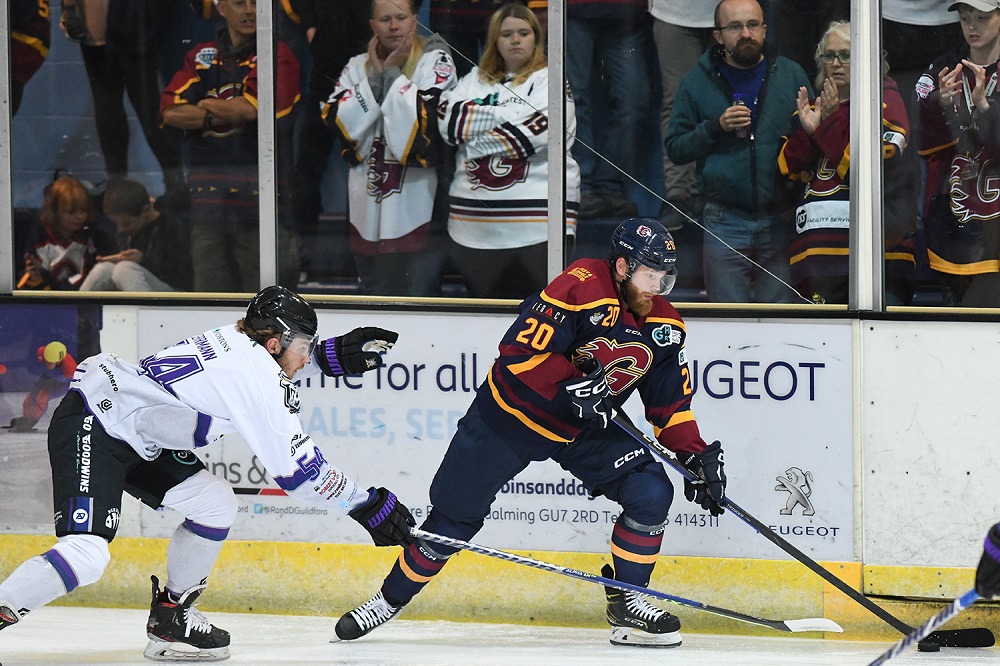 Eamon McAdam grabbed his first win in Flames colours Saturday and Taz Burman followed suit 24 hours later, as Spectrum’s men got scoring from 6 different skaters to complete the pre-season with a pair of wins including Sunday’s 6-1 success over the visiting Manchester Storm.

Storm opened the evening’s offence at 9:47 with a Jordy Stallard goal, but Ian McNulty ensured the clubs would go to break even at a goal each at a with his season opener in the final stages of the 1st.

In the 23rd minute on a delayed penalty, Kyle Locke offered the home team their first lead of the contest, and Johan Eriksson made it a 3-1 count at 33:01 to take a 2 goal lead at the break.

In the final frame, Turner Ripplinger found the net just 43 seconds after re-start. Peter Crinella extended further in the 50th minute before Sam Marklund completed the scoring with a short handed marker 93 seconds from time.

“It was an exciting night for a lot of the guys getting their first chance to play on home ice,’ admitted Paul Dixon.

“It has been a pretty draining week of training and guys will be a bit tired but the excitement of coming back home for the first game probably helped push us through.”

“They will get their first day off tomorrow and then into a normal training week ahead of league start next weekend. Overall we are pretty happy with what we saw. We have some talented players front to back and we are excited now to press ahead and see what we can do as we get deeper into the schedule.”