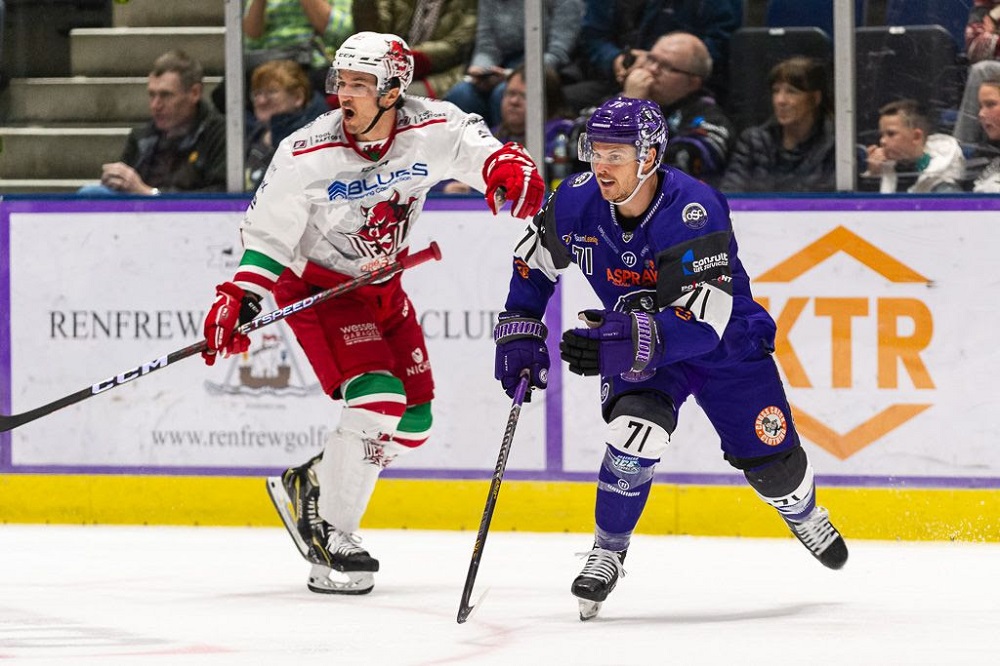 The Glasgow Clan, sponsored by Asprey Glasgow West, suffered a bitterly disappointing loss to the Cardiff Devils at the Braehead Arena

The visitors opened the scoring through Ben Davies after seven minutes, who was poised at the crease to receive Justin Crandall’s pass, slotting through the pads of John Muse.

Then Cole Sanford followed up almost a minute later as the puck changed direction and found its way past the unfortunate Muse.

Taran Kozun impressed in the Devils’ net early in the first period as he pinned his pad to the post to keep out a goal threat from Mitch Jones.

Kozun continued to excel in net in the second period as he kept out a rebound from Mathieu Roy with a quick catcher glove.

It wasn’t just the Cardiff netminder who showed his talents in the second period though as Muse pulled off important saves in tight situations for the Clan with his most impressive save coming in a reflex stop on Trevor Cox at the pipe.

Malcolm Cameron’s side had some good chances on net though as Roy and Craig Peacock both got the puck into dangerous areas for the hosts but couldn’t find their way to the net.

The Devils grabbed their third through an open net tap in after Mark Richardson drew Muse off of his line as he lined up the shot before passing the puck to Jake Coughler who tapped it into the net.

Brodie Reid then pounced on the powerplay for Cardiff as he slapped the puck pipe-and-in to make it a four-goal lead.

Dunbar performed well for the home side as he created attacking threats for his side and made his presence known on the ice with big hits and persistent contest with opposition sticks.

The Devils continued to put threats on the Clan net as they struck the post early into the final period but were well kept out by the home defence on multiple occasions.

But Cardiff’s high pressure eventually paid off as they got their fifth through Blake Thompson who trickled the puck past Muse to wrap up the game.