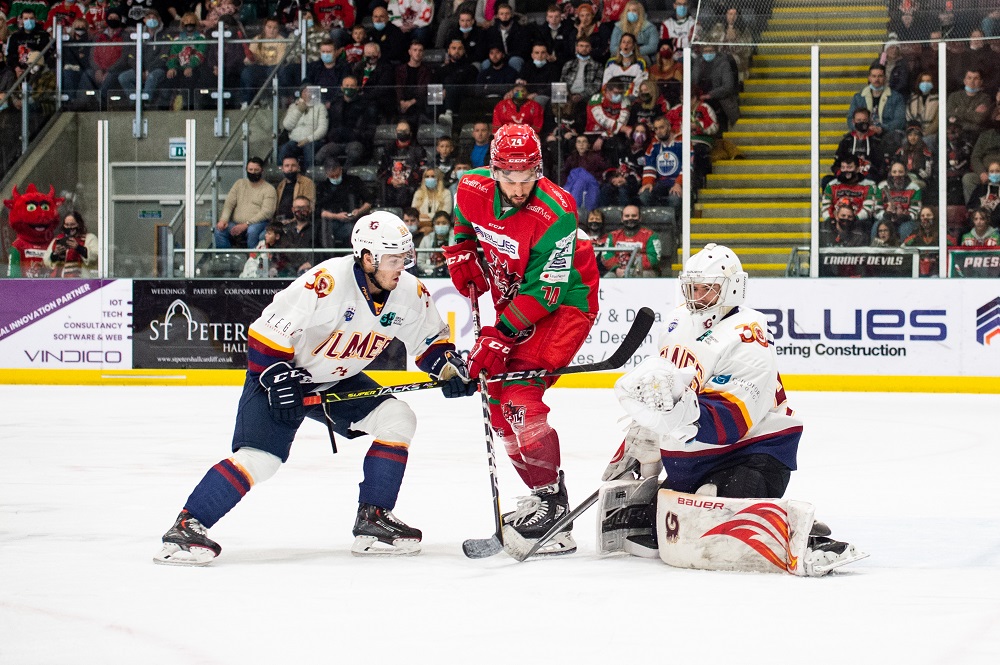 Devils edge it on penalties

The Flames lost the handle on an early 2 goal lead and were forced to settle for a single point and 2nd place in the cup table after a 4-3 penalty defeat at Cardiff Devils.

A little over 5 minutes in, the visitors stepped in front with an Ian McNulty strike. An 11th minute Jake Bolton powerplay goal doubled the difference, but a 5 on 3 conversion for Cardiff and Brandon McNally at 12:40 ensured they would close the period just a goal off the pace.

25 seconds into the 2nd, Brett Ferguson re-stored the 2 goal difference, but Devils stormed back through McNally about 5 minutes later, and levelled on a powerplay thanks to Stephen Dixon just over 3 minutes from period close.

Both teams saw some powerplay time, including Flames with a short 5 on 3 advantage, during the final frame, but a scoreless set meant 3 on 3 overtime for the 3rd time this season between the teams. The 5-minute tiebreaker settled nothing, and still knotted after 5 shooters each thanks to goals by Brodie Reid and Ian Mcnulty in the opening round of penalties, Devils finally secured the top of the cup table in sudden death shots with Reid’s winner.

“When you are deep enough to be into penalties, it is always a flip of the coin by then,” said Paul Dixon, “and two good goalies made a lot of good saves to take it as far as it went before the coin landed the wrong way from our perspective.”

“I thought we played well, but they are a really good team too and they did not slow down at all once we were in front by a couple.”