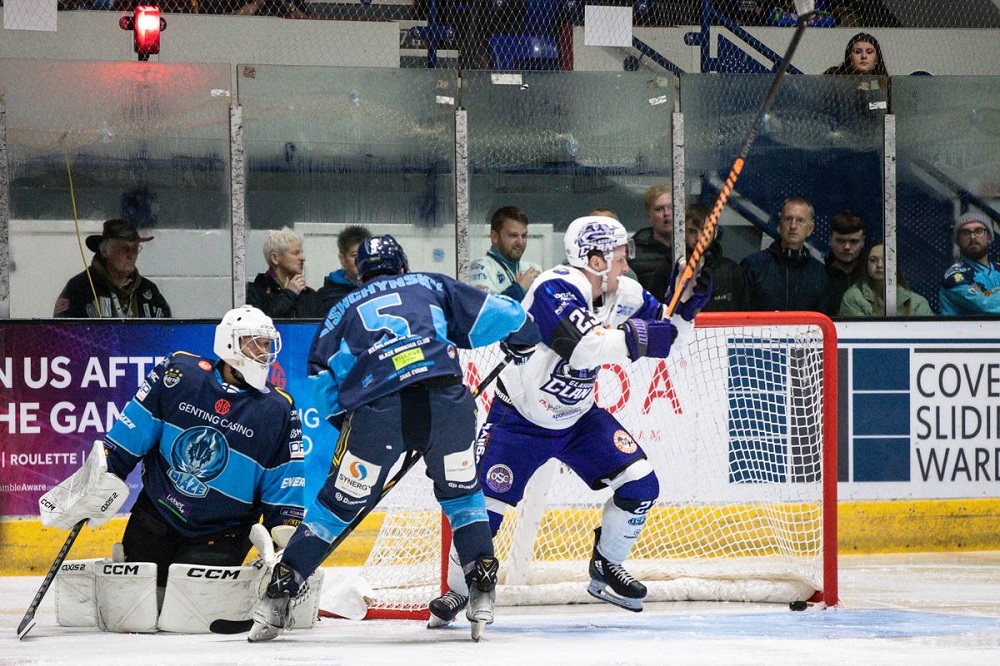 The Glasgow Clan, sponsored by Aspray Glasgow West, suffered an overtime loss to the Coventry Blaze after a hard-fought battle at the Skydome Arena

Clan got off to the perfect start as Mitch Jones sent a shot wide of the Blaze net which Gary Haden managed to redirect past Paavo Hölsä to put the visitors in front.

Muse continued his recent good form as he made important stops at the back end for the Clan to hold their lead in the game.

Neither side were backing out of hits in the first period either as Dyson Stevenson and Craig Peacock were both shook up after big time hits in open ice.

Coventry eventually found their way into the net though as long hold up of the puck behind their net allowed them to complete a line change before slicing a stretch pass across the ice to Halbert who put the puck on the stick of Mitch Cook who sent it home for the equaliser.

Gary Haden struck once again to reclaim the lead for the Clan in the second period as he picked up the puck in the defensive zone on the faceoff and made a solo charge the full length of the ice.

He kept going as he rebounded his own backhanded shot and fanning the puck high into the Blaze net.

The home side found themselves back level through Johnny Curran who fired the puck low past Muse while on the powerplay.

In the third period, the Blaze took the lead for the first time in the game as Jake Billing tipped a slapshot from Halbert to redirect it away from the Clan goalie’s reach.

The Clan responded quicky though as Jones executed a perfect slapshot from the blue line which flew past Hölsä’s blocker to make it three apiece.

After defiant goaltending from both sides, the game headed to overtime where the Clan suffered yet another OT loss to the Coventry Blaze as Curran bagged his second goal of the night.

Muse was well-rewarded after the game for his fantastic performance as he picked up the Clan’s man of the match award.