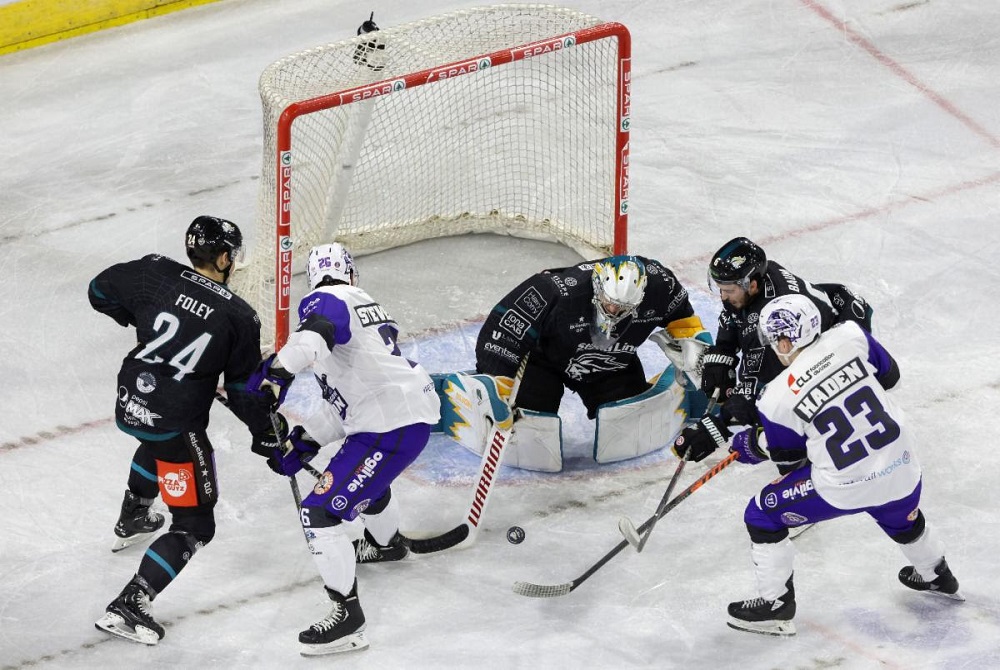 The Glasgow Clan, sponsored by Aspray Glasgow West, were narrowly bettered by the Belfast Giants in a tense contest at the SSE Arena.

Following on from Saturday’s feelgood 3-0 shutout win over Manchester Storm, Stephen Dixon took his team to the home of the champions with renewed confidence and can be proud of the display they showed.

The game started with both sides emphatically bursting onto the scene and instantly pressing to find the opening goal.

Clan’s netminder John Muse was put under immense pressure from the very start but he managed to keep the Giants at bay throughout the first period.

The Giants’ biggest chance in the first came from Ciaran Long on the breakaway as he shifted between forehand and backhand before slicing the puck on net and forcing Muse to make a pad save.

The Clan also developed chances of their own as Mathieu Roy put the puck on net in an unmarked position but was kept out by a determined Jackson Whistle.

In the second period Muse continued to impress as he made a fantastic reflex save with his blocker pad on a rebounded shot right at the crease.

Gary Haden had a fantastic opportunity to put the Clan in front in the second period as he knocked the puck just wide of the net from a near wide-open position at the net.

The drama was heightened in the second period as the Giants put the puck past Muse which caused fury among the Clan fans towards the officials as the net was dislodged before the puck went in. The officials took the play to review and eventually ruled out the goal.

Haden performed well for the Clan as they battled into the third period and was their main driving force in the offensive zone creating multiple opportunities for his side.

After their non-stop bombardment on Muse’s net, Giants eventually found their way in front as Will Cullen fired a slapshot from the top of the circle which rifled into the Clan net past the unsighted visiting goalie.

In the end, it proved to be enough as the Giants saw out the game to claim a slender 1-0 victory and set themselves up for their journey to Glasgow on Friday.