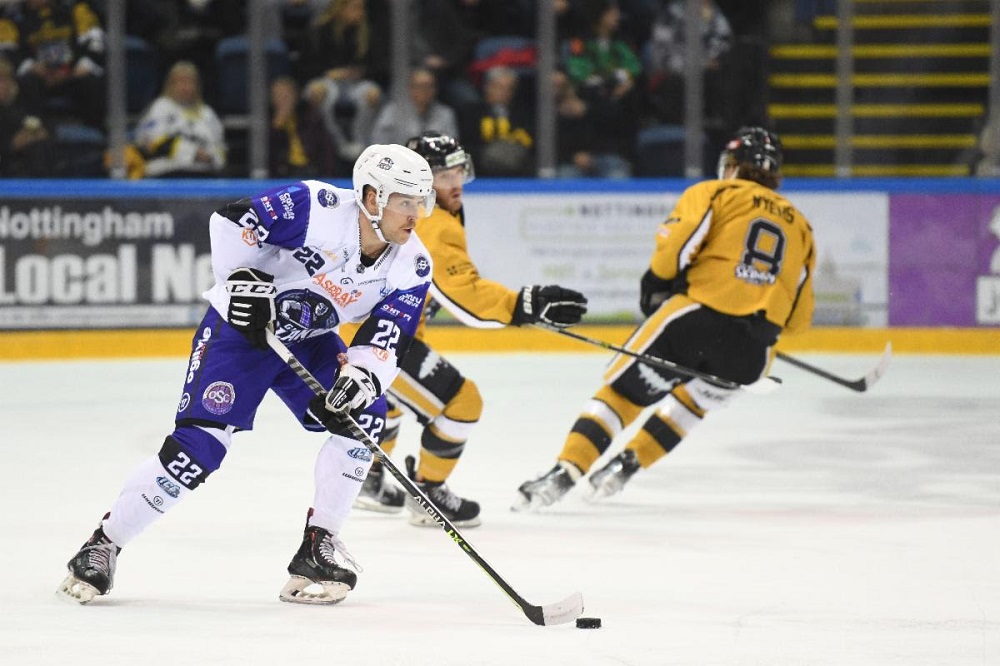 Injury-hit Glasgow Clan, sponsored by Aspray Glasgow West, left the Motorpoint Arena bruised after a 6-2 defeat at the hands of the Nottingham Panthers.

With six players out, Malcolm Cameron brought in Solway Sharks duo Liam Danskin and Scott Henderson to help with numbers, but the outcome was a negative one again.

The Panthers opened the scoring when J.C. Brassard charged up the left side of the ice before firing the puck to the opposite pipe, where Jordan Kelsall was waiting to tap the puck into the net.

The home side soon doubled their advantage as Matthew Myers parked in front of the Clan crease before gathering the loose puck and knocking it out to Tanner Sorenson, who caught visiting goalie John Muse off his line and sent the puck home.

Mathieu Roy was close to getting the Glasgow’s opener as he received McParland’s pass right in front of net and backhanded the puck, but it was well saved by Jack Berry.

Just before the first intermission though, the Clan found their way onto the board. Gabriel Chabot’s wrist shot was redirected by Gary Haden underneath Berry net as he halved Nottingham’s lead.

In the second period, the visitors found themselves level through Steven McParland on the powerplay as he backhanded the puck across the face of the Panthers’ net before Brassard accidently knocked it past Berry and into his own net.

Former Clan player Mike Hammond restored the Panthers lead after Muse got unlucky and bounced the puck into the net off his pads as he glided back to the line to defend Hammond’s wraparound move.

The Panthers didn’t allow Muse any rest time as they instantly got on the forward foot after their third goal which forced Clan’s goalie to make a quick catcher glove save from a Hammond wrist shot.

Nottingham doubled their lead once again as Craig Moore fired the puck from near the blue line and Brett Welychka redirected it just past Muse and into the net.

Sorenson bagged his second of the game to put the Panthers three in front after receiving an unselfish pass on the breakaway from David Levin.

Matthew Myers rounded off the game with a shorthanded goal, slotting the puck high over Muse on the breakaway to end another disappointing night for the Clan fans.