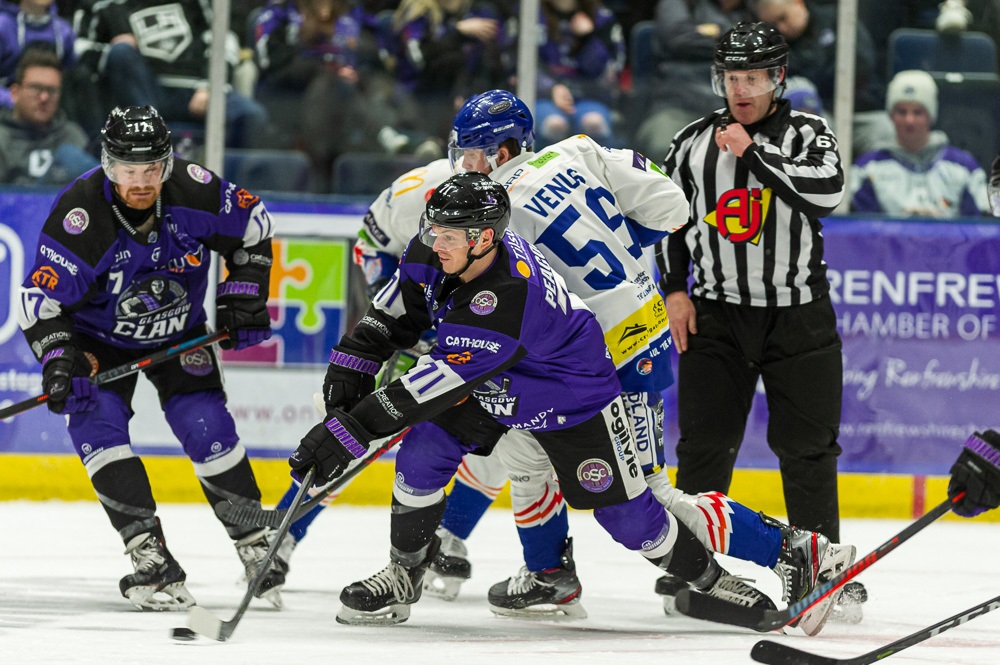 It was a dramatic end to a keenly fought game that saw Zack Fitzgerald's side come from a 2-1 deficit to claim the win.

Clan were looking for something to set them up going into a double header with Sheffield Steelers, but the first period was a tricky one as both sides couldn't really hit their stride.

Blaze did get the lead after seven minutes when they broke forward, with Dillon Lawrence finding himself clean through on the Clan goal and delivering a low finish past Patrick Killeen.

The home side went close shortly after when Mikael Lidhammar had a golden opportunity from close range, but didn't count on Blaze goalie CJ Motte making an instinctive stop.

Mathieu Roy went close early in the second period when Craig Peacock set him up in the centre, but Motte was equal to it as he killed it dead.

But, on 31 minutes, the home side had levelled with a well worked move, started and finished by Mikael Lidhammar, who picked up the puck in front of goal and delightfully stroked it into the net.

Clan were under the cosh with a penalty kill as Scott Tanski sat for elbows, but killed it off well with Killeen making two key saves from Luke Ferrara.

Blaze restored the lead with four seconds to go of the second as Justin Hamonic released a shot from the top of the face off circle to send it into the net.

The third period saw plenty of possession of the Clan as they looked to make the breakthrough and despite good possession, found Motte and the Blaze defence in defiant mood.

Andrew Johnston thought he had scored in the final minutes as his low seemed to bobble past Killeen, but was washed out because of a high stick from Janne Laakkonen.

It was a decision that gave Clan an advantage as Matt Beca's bullet shot from the centre flew into the net and the home side were level with three minutes to go.

The game moved into the extra period as was finally settled with an excellent move that saw Rasmus Bjerrum play a drop pass, spotting Ehrhardt moving into the position.

He blasted his shot into the net to seal the win, to the delight of the home fans, who celebrated with great excitement.