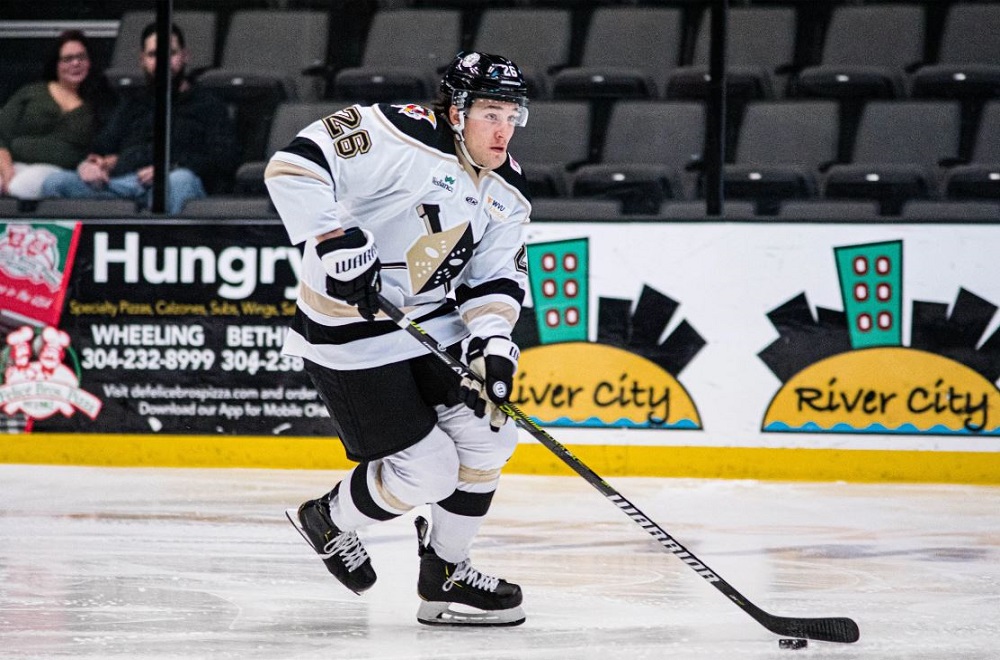 The Flames have filled their long outstanding opening on the blueline with the addition of Canadian Defenceman Spencer Trapp. The 25 year old rearguard last iced a full season with ECHL Wheeling Nailers in 2019-2020 when he played 42 games and registered 2 goals and 6 points.

Prior to making the jump to the college ranks, Trapp played Junior hockey in his home province at Notre Dame Hounds in the Saskatchewan Junior Hockey League. In a pair of terms, he iced 112 times while scoring 16 goals and 64 points. 12 goals and 22 assists in 2014-2015, his final junior term, helped him secure the league award for Best Defenceman.

“We have been seeking a regular 6th member of the Defensive group for rather a long time now,” admitted Paul Dixon, “so it’s great news to have found who we believe is the right fit and finally get him into the lineup.”

“I am sure our guys have loved each having a bit more ice time back there than usual, but I am just as sure they will be relieved to know that help is finally available to offer more of a breather here and there and spread the load just a bit more.”

“Spencer skates and handles the puck well and we think his style of play will very much complement the guys we already have with us.”

“He is not entirely coming into an unfamiliar setting. He played college hockey with Jake Bolton, and he is from the same area as some of our guys already so we hope that will help make the adjustment as easy as possible while understanding that he has been limited, like everyone was, for competitive opportunities over the last year plus.”

“We are excited to have him, and we are near the end of the paperwork so he shoud be ready to play this weekend.”