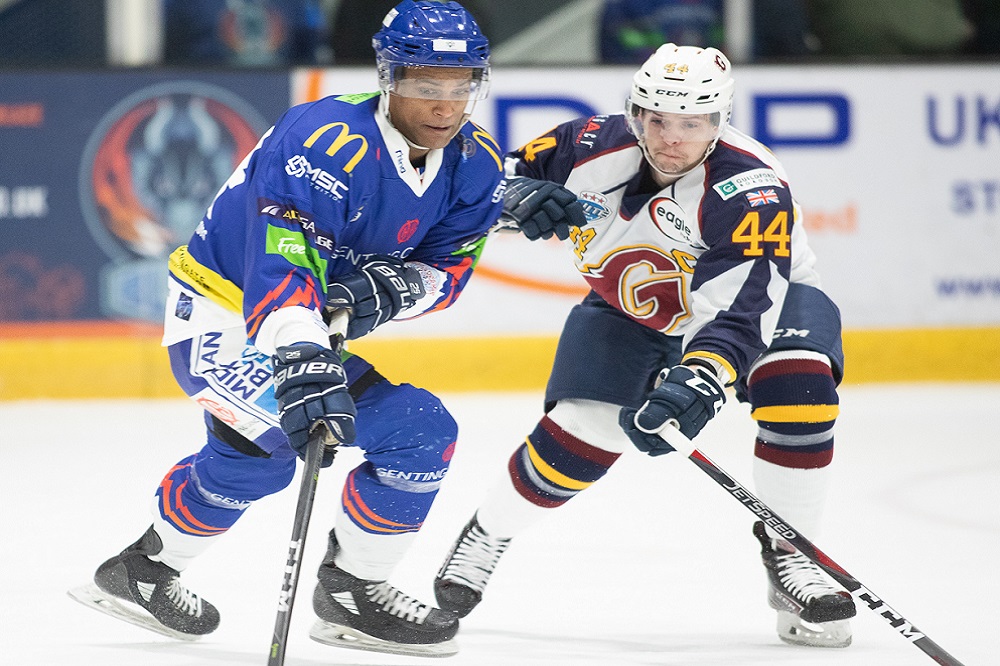 Blaze got the edge over Flames

An early 3rd period Blaze goal turned out to be the difference during a 3-2 Flames defeat on the road at Coventry.

Flames got off to a quick start thanks to a Braylon Shmyr strike just 35 seconds after faceoff, but a 13th minute John Curran reply had the clubs on a goal each through the opening frame.

They nearly skated through another set without another goal, but that changed just inside the last 4 minutes with an Andrew Johnston marker that set Blaze in front 2-1 to close out the 2nd.

They extended their lead to a pair with a 3-1 strike by Alex Forbes at 43:14. Inside the evening’s final 10 minutes Jordan Rowley got one back to make it a single goal game down the stretch, but that closed out the scoring leaving Spectrum’s men one off the pace as time expired.

“Coventry has a very skilled offensive team and if before the game someone had told us we could hold them to 3 goals we would have liked our chances, but we couldn’t get that last one to even the score before the game timed out,” said Paul Dixon.

“It was not the way we wanted to start the weekend, but we are going to have to move on now and look ahead to Sunday’s trip to Dundee and see if we can pull some points out of there.”