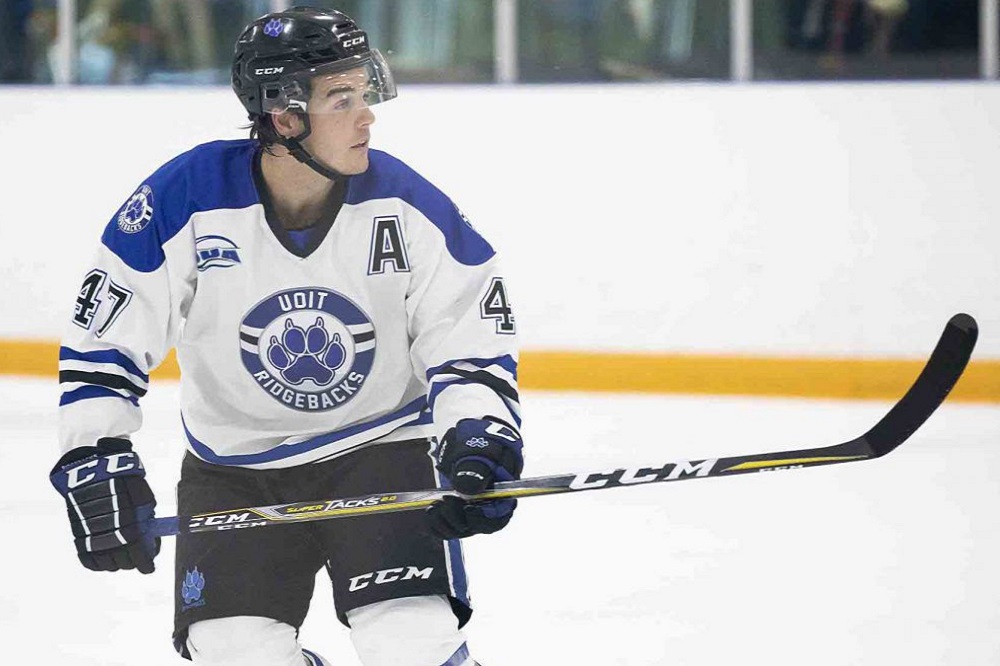 The Guildford Flames ice hockey club have a new addition to the roster with the signing of Canadian Defenceman Alex Yuill. The 25-year-old blueliner is fresh off 5 seasons with USports outfit University of Ontario Institute of Technology. Last season, the 5’8”, 170lb skater posted 3 goals and 17 points in 28 appearances ahead of a goal and a helper in 3 playoff starts. Across his collegiate stay, the native of Wellington, Ontario played 140 games, scoring 12 goals and 69 points. During his penultimate term he was selected to Canada’s team for the World University games where he had 2 points in 7 tournament games.

“I am excited to be part of this organization,” Yuill said, “and am looking forward to getting started with the team.”

Prior to his university residence, Yuill spent 4 seasons in the Ontario Hockey League with Belleville Bulls and Barrie Colts where 244 games yielded 51 points. During his rookie term, he was selected for the Canadian Under 17 team representing Ontario and had 3 assists in 6 games on the way to a Bronze medal.

“The report we got about Alex was glowing in terms of his ability to deal with the puck in his own end, which is a crucial part of the game.”

“In the past few seasons we have been very mobile and good at puck management to help us leave our own zone so continuing to fill holes with players who have those skills is a key part of building a team that does not spend an inordinate amount of time defending constant pressure.”

“We think Alex will be a great fit with the kind of team we want to put on the ice, and it is great news to get his commitment to us for the new season.”