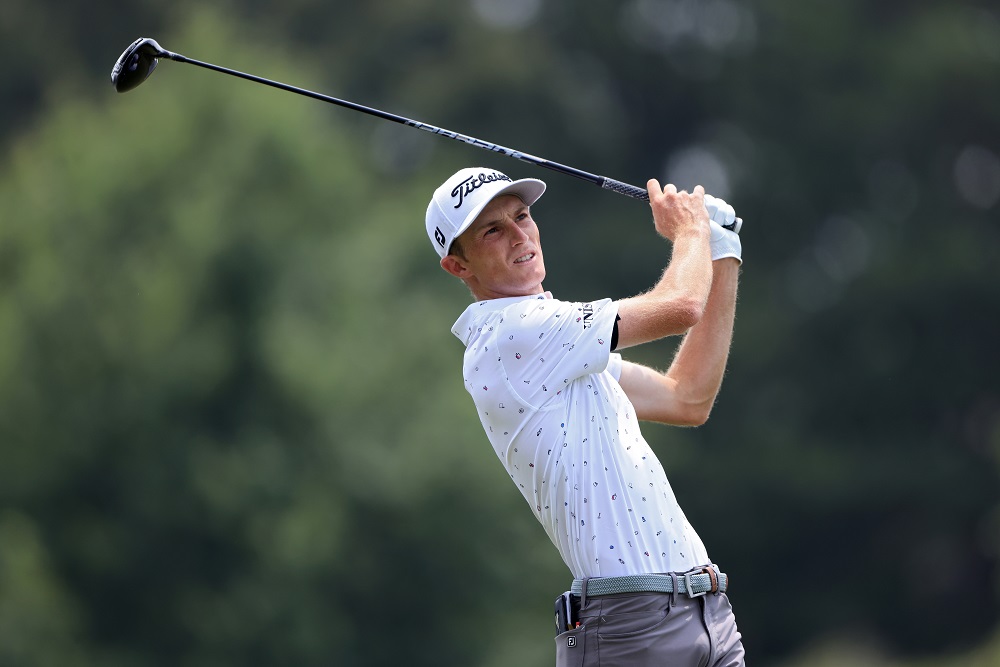 he PGA TOUR announced today that Will Zalatoris has been named the 2021 PGA TOUR Rookie of the Year as voted by the TOUR’s membership for the 2020-21 season. Zalatoris, 25, is competing in this week’s Fortinet Championship to open his first full season as a member of the PGA TOUR.

Zalatoris, who will receive the Arnold Palmer Award for winning PGA TOUR Rookie of the Year, was selected for the honor over Garrick Higgo.

“On behalf of the PGA TOUR, my congratulations to Will Zalatoris on being voted the 2021 PGA TOUR Rookie of the Year by the TOUR’s membership,” said PGA TOUR Commissioner Jay Monahan. “Will’s success despite not having PGA TOUR membership status at the outset of the 2020-21 season is a testament to not only his ability but also his hard work and attitude.”

Zalatoris joined the PGA TOUR as a Special Temporary Member in November and collected 1,296 non-member FedExCup points to earn full-time membership for the 2021-22 season. He recorded eight top-10s and made 21 cuts in 25 starts, highlighted by a runner-up at the 2021 Masters Tournament.

The last Special Temporary Member to win PGA TOUR Rookie of the Year was Charles Howell III in 2001.

Zalatoris also made 16 starts on the Korn Ferry Tour in 2020 and recorded 10 top-10s, highlighted by a win at the TPC Colorado Championship at Heron Lakes and a runner-up at the Evans Scholars Invitational. He earned a spot in the 2020 U.S. Open via his play on the Korn Ferry Tour after changes to the tournament’s eligibility criteria and finished in a tie for sixth in his first start of the PGA TOUR season.

Following the U.S. Open, Zalatoris finished in the top 10 in two of his next three starts (T8/Corales Puntacana Championship, T5/Shriners Children’s Open) and crossed the threshold for Special Temporary Membership with another top-25 result at the Bermuda Championship.

Throughout the 2021 portion of the season, Zalatoris went on to play in THE PLAYERS Championship, all four major championships and three World Golf Championships events, with top-10s in three of those eight appearances. His best result of his season came at the 2021 Masters Tournament, where he finished solo-second and was the only player in the field to record four under-par scores.

PGA TOUR members who played at least 15 official FedExCup events during the 2020-21 season were eligible to vote.