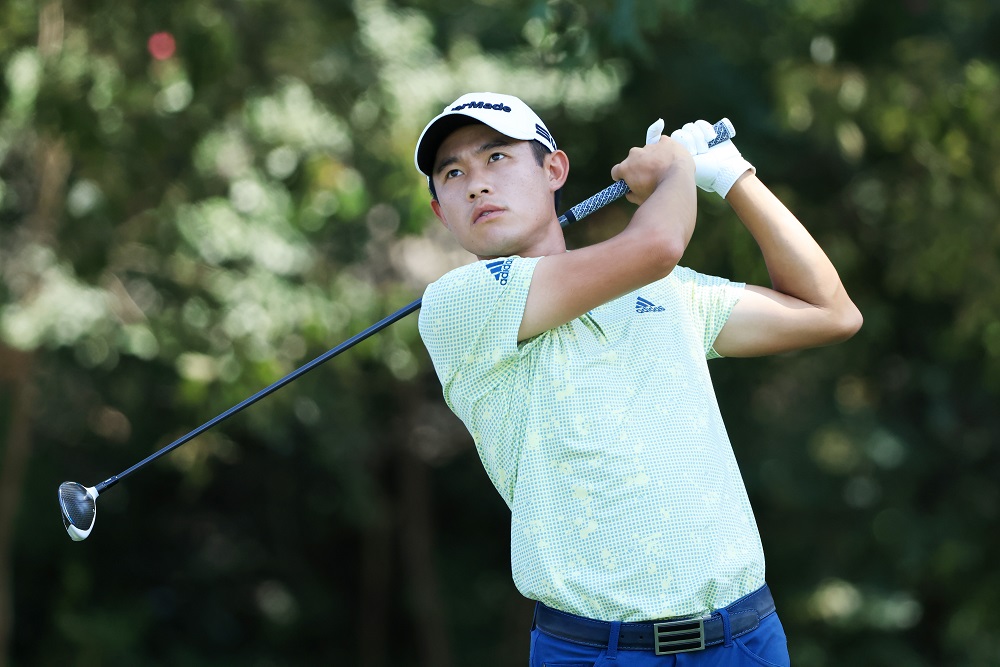 World No. 3 Collin Morikawa makes his PGA TOUR 2021-22 Season’s debut at THE CJ CUP @ SUMMIT starting on Thursday with every intention of keeping his foot on the pedal as he seeks to enjoy the comforts of being at home this week.

The 24-year-old Morikawa is amongst a stellar line-up of stars gathered at The Summit Club which includes 24 of the top-30 players from last season’s FedExCup standings and 12 of the world’s top-15 who will vie for the title won by Jason Kokrak 12 months ago.

Morikawa won twice last season including a second major championship to raise his career PGA TOUR wins tally to five as he maintained his meteoric rise since turning professional two years ago. He was also part of the United States Team which won the Ryder Cup over Europe last month.

“Obviously having two wins including a WGC (World Golf Championship) and a major (The Open), it's going to be great, you're going to have a decent season, you're going to have a run at the Playoffs, but I think overall the consistency throughout the season wasn't there,” said Morikawa, who entered the FedExCup Playoffs as the No. 1 ranked golfer before settling for 26th place at the TOUR Championship.

“I know I started off a little poorly throughout the fall and it's a long season. We had six majors, we had a lot of tournaments and everything just didn't line up for me to finish well in the Playoffs. Obviously I had some issues kind of going into those three weeks, but I think it's just a little more motivation for me coming into this new season.

“I think it has to change your goals. I can't get complacent and I can't, you know, I always want to keep pushing myself. I want to keep getting better and I think there's a lot of room for improvement. I think if I improve those while still maintaining or getting better already what my strengths are, I'll just be contending more, I'll come down to those weekends a little more often and hopefully we can keep closing out tournaments.”

With The Summit being his home course, Morikawa hopes to take advantage of his local knowledge. “It's nice to sleep in my own bed and to be at Summit, a place I practice at every day, it's kind of unique. I don't think I've ever played a tournament on a home course. This is a course I come during my off weeks, I'm in a cart, I go and play five holes, 18 holes, 36, whatever it may be,” he said.

Like Morikawa, two-time CJ CUP winner Justin Thomas is excited to get his new season off on a winning start with his new and experienced caddie, Jim (Bones) MacKay after finishing fourth in the FedExCup in the recent season where he won THE PLAYERS Championship and enjoyed seven top-10s. By his high standards, the 28-year-old feels his campaign could have been much better.

“Last year (season) was an up and down year. I just wasn't showing the consistency that I feel like I could or just kind of finishing off tournaments how I felt like I could. I was close to playing well for a while, but just wasn't really able to get much result wise out of it,” said Thomas.

“Then obviously THE PLAYERS was nice, to win that event and at least kind of try to build a little bit of momentum, a little bit more of the same kind of as the rest of the year went on. I really feel like I kind of found some good stuff there at the end of the season and into the Playoffs to where I started playing a little bit better, and hopefully we'll be able to take some of that into this fall and into the 2021-22 season.”

World No. 5 Xander Schauffele enjoyed receiving the Keys to Vegas from mayor, Carolyn Goodman on Tuesday in recognition of his gold medal winning feat at the Olympic Games in Tokyo this July. He is keen to win THE CJ CUP after finishing second when it was played at Shadow Creek, also in Vegas, last year. “I'm pretty excited to sort of get back into the competitive swing of things,” said Schauffele.

“Apparently it (keys to Vegas) gives me all the power in Vegas, so I'm pretty excited about it. I can go to slot machines, any hotel I want, shopping, the whole nine yards. The mayor was telling me all the perks of it, so feeling pretty powerful as of right now. It's been cool. My in laws live here in Las Vegas. It's a place I visited a lot prior to living here and I feel quickly adopted by the state of Nevada and happy to call myself a Nevadian.”

Apart from the gold medal, Schauffele was also part of the winning Ryder Cup team but admitted his season on the PGA TOUR was far from satisfactory despite finishing fifth on the FexExCup standings with three runner-up finishes. “I feel not that I failed on the PGA TOUR season, but I didn't really accomplish what I wanted to. And I did get worse in certain categories throughout the year, but I was able to step up to the plate in sort of, I guess, tournaments that don't count for the PGA TOUR, or to a certain extent, I should say. It's an interesting feeling. I feel like I've had success, but then again I missed out on a lot of things that I wanted to accomplish on the PGA TOUR.”