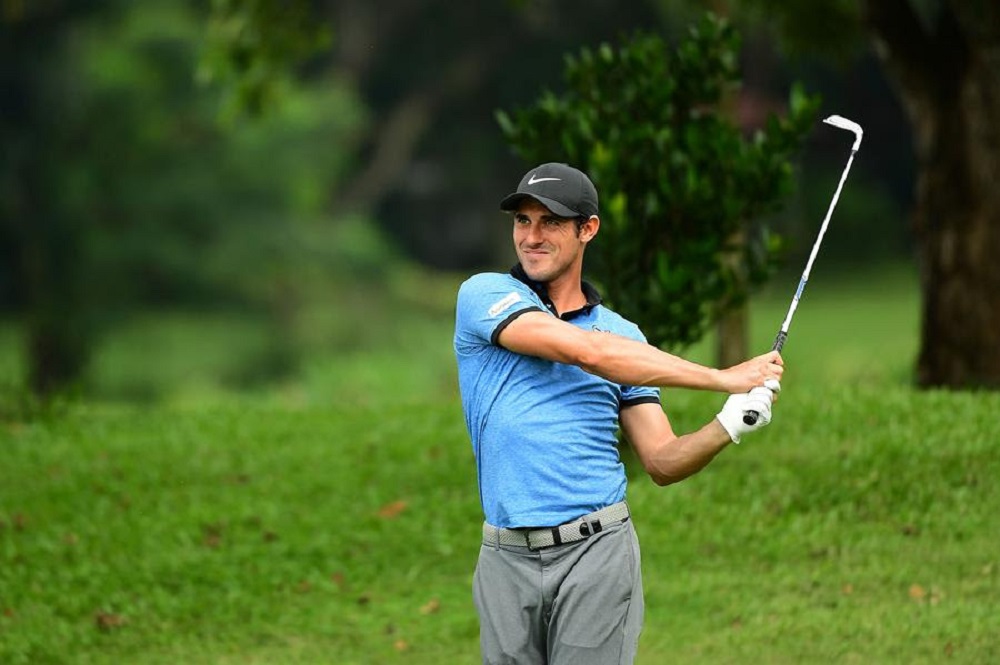 Frenchman Erwan Vieilledent opened up a two-shot lead at the PGM Sabah Asian Development Tour (ADT) Championship after he shot a commendable six-under-par 66 on Wednesday.

Erwan’s round was highlighted by an eagle on the par-five sixth hole, which he described “helped greatly” under sweltering conditions at the Sabah Golf and Country Club.

“I had some good shots on the fairways. That eagle and a couple of birdies (six) helped greatly too. It was challenging out there, especially with the heat. The greens are also firm which makes it a bit more difficult, but overall I’m pleased with my round today,” said Vieilledent.

Vieilledent will be hoping to rekindle some of the form which earned him a career best finish in the east of Malaysia four years ago.

The world number 2066 had finished second at the Sarawak Championship in 2015 which propelled him to a top-900 rank.

But Vieilledent has a long journey ahead of him, especially with Kim chasing a back-to-back title after lifting the Ciputra Golfpreneur Tournament last month.

Kim had a bogey-free round that included two birdies on the second and 15th holes, as well as a closing eagle on 18th.

Another good performance in Sabah will edge him closer to his hopes of topping the Order of Merit at the end of the season.

“The main goal is to finish high on the Merit list, but first I must continue to produce the goods. Today was a good day as I was hitting well from the fairways to the greens,” said Kim.

“My stroke game was also good, and it needs to be on a course like this where the greens are firm. I did well with my irons and am hoping for the same tomorrow. Of course, the lower the score the better.”

Kim is currently second behind Japan’s Naoki Sekita on the Order of Merit, thanks to a current haulf of US$41,228.

Further down the leaderboard, defending champion Ben Leong sits tied-seventh after he managed a 71.

2017 ADT Order of Merit winner Pannakorn Uthaipas and Sekito meanwhile are four shots off the pace after returning with matching 72s.

Leading round one scores: