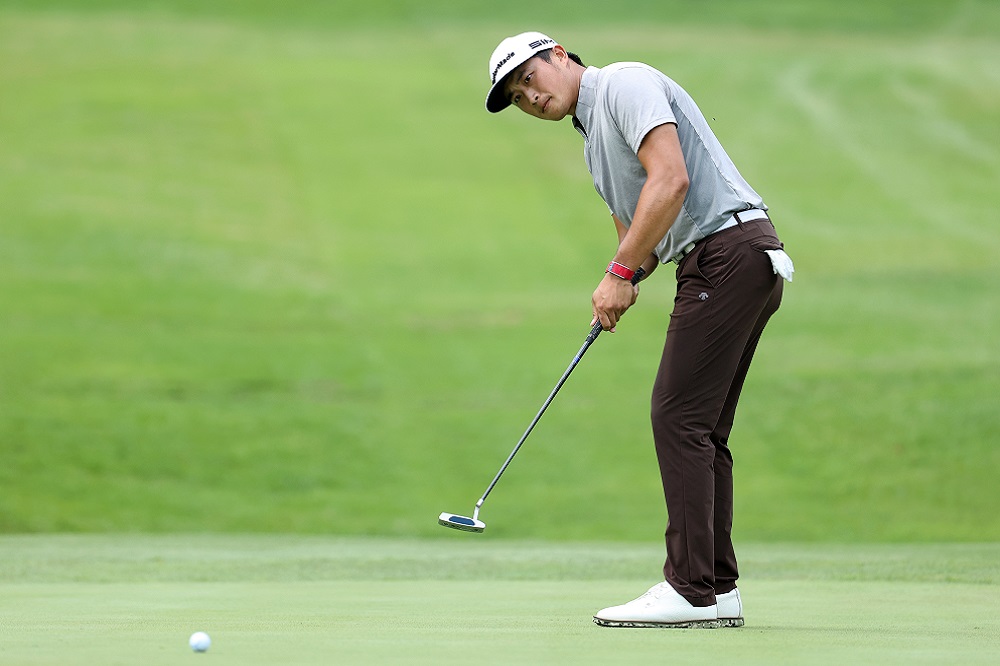 China’s Bobby Bai made a superb 40-foot birdie on his last hole to enjoy a dream debut at the Barbasol Championship on Thursday following a first round of 6-under 66 which left him two shots off the lead.

The 23-year-old Bai is making his PGA TOUR debut on U.S. soil after finishing as joint medallist at Monday Qualifying with a 64 and he kept his foot firmly on the pedal at Keene Trace Golf Club in Nicholasville, Kentucky with a flawless round. He hit 12 fairways and 17 greens in regulation.

A regular on the Korn Ferry Tour, the young Chinese birdied all four par-5 holes and signed off in style with a monster putt that put a big smile on his face. Brian Stuard, a one-time winner, leads the tournament with a 64.

Florida-based Bai said: “I played according to my strategy and I got my birdies on the holes that I planned to attack. The course is a little wet and I can be more aggressive. I feel my driver is also good today, and my irons and putting were not bad. I hope to keep the momentum tomorrow and I’ll stick to my strategy in the following three days.”

India’s Anirban Lahiri, who will be heading to the Tokyo Olympics later this month, was cruising on 6-under for his round until a late blemish where he found water with his approach shot into the 18th to drop a double bogey.

He enjoyed a hot streak around the turn, making three straight birdies from the eighth hole and then converting a 22-feet eagle putt on the 11th hole. His opening 68 puts him in a share of 31st position with the first round to resume on Friday morning following a weather suspsension.