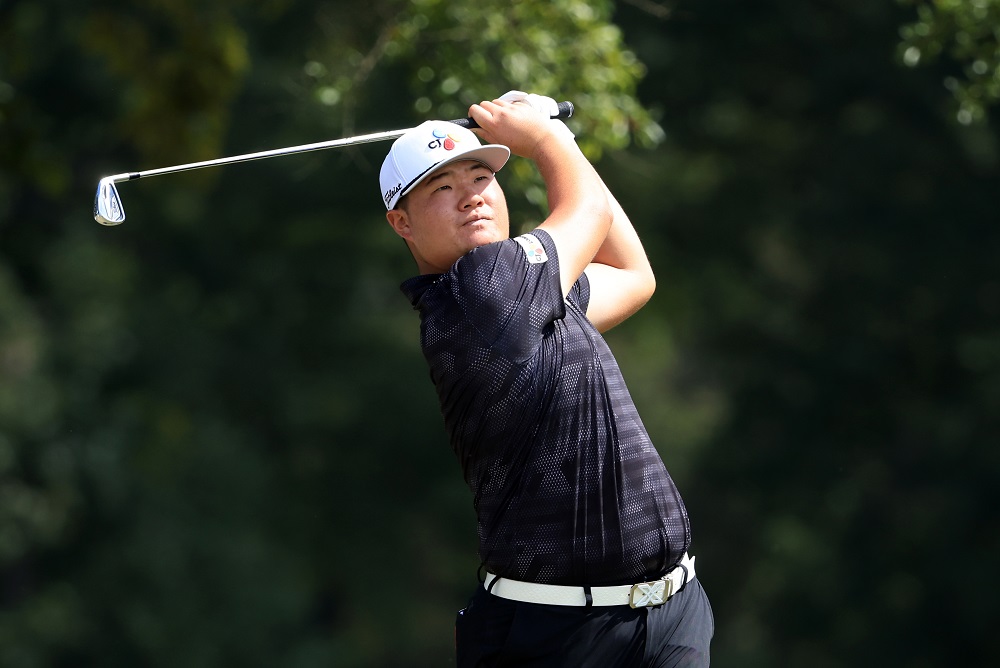 Korea’s Kim and Im off to strong

Korean star Sungjae Im was disappointed to go winless on the PGA TOUR last season. An opening 5-under 67, which featured a couple of monster putts, in the Sanderson Farms Championship on Thursday could well propel him back into the winner’s circle soon enough.

The 23-year-old Im was hot with his putter at Country Club of Jackson in Jackson, Mississippi as he snared six birdies, including holing putts of 32 feet and 27 feet on the 13th and 18th holes respectively. He began his season’s debut with a bogey on his first hole of the day on the 10th.

“I came into the tournament after a long break, and to start the new season on 5-under is quite good. I hope to keep this momentum,” said Im, who ended the first round in tied seventh place and three back of leader Saheeth Theegala of the U.S.

A return to the Sanderson Farms Championship brings back good vibes for Im who finished second here two years ago after losing in a playoff to Sebastian Munoz. The TOUR’s birdie king – Im set a new record for most birdies in a season with 498 during the 2020-21 campaign – has one TOUR victory at the 2020 The Honda Classic. He finished 20th in the FedExCup ranking with five top-10s last season.

“I was a runner-up on this course before. It is hard to create birdie chances if you miss the fairway,” said Im, who hit only seven fairways during his round. “So I need to keep the ball in the fairways and focus on my iron shots and wedge play. I remember I did good here. I’ve worked hard for the new season and prepared well, so I feel good,” said Im.

Compatriot Si Woo Kim was one stroke better that Im in tied fourth position following a superb round comprising of seven birdies against a lone bogey. He closed out his day with birdie conversions of 14 feet and eight feet on the 17th and 18th holes respectively and ranked first in Strokes Gained: Tee to Green after hitting 16 greens in regulation.

After starting his season two weeks ago with a tied 11th finish at the Fortinet Championship, Kim, a three-time TOUR winner, was happy to keep his foot firmly on the pedal. “I had a good start two weeks ago and I think that gave me good momentum. I can play and focus on my game with confidence,” said Kim, who finished 34th in the FedExCup ranking last season.

“I was bit worried when I didn’t make many birdies early in the round, but I was patient and waited until I could make birdies. It was a good round eventually,” added the Korean, who is making his fifth appearance here with his best outing being a T37 last year.

Chinese Taipei’s C.T. Pan opened with a 68 which featured six birdies against two bogeys while another Korean, Sung Kang, also opened with a 68 to share 17th place. India’s Anirban Lahiri, making his season’s debut, carded a 69 after bouncing back from an outward 38 by shooting five birdies coming home. Kiradech Aphibarnrat of Thailand shot a 71.