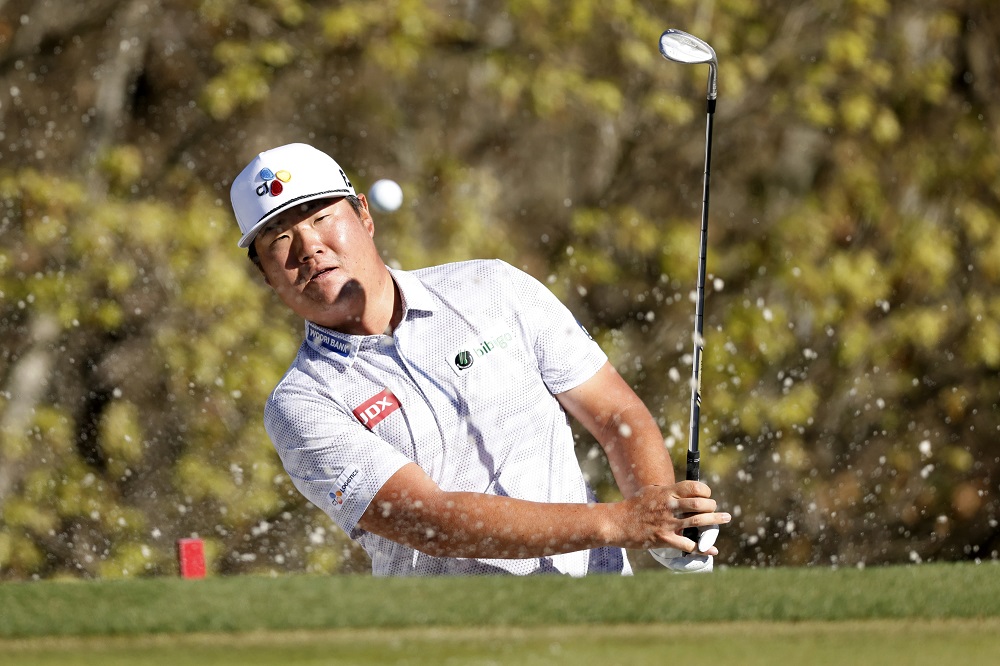 Korea’s Im stays in the chase

Korea’s Sungjae Im suffered a 2 & 1 defeat to Presidents Cup International teammate Marc Leishman at the World Golf Championships-Dell Technologies Match Play on Thursday but remained in the chase to progress into the next round.

The 22-year-old Im, who beat Russell Henley in his opening match, fought gallantly against his Australian opponent but fell short at the end after losing holes 15 and 16. With Henley defeating Frenchman Victor Perez 4 & 3 in the other Group 16 match, all four players will enter Friday’s session with identical 1-1-0 records and leaving the group delicately poised.

Si Woo Kim, who tied his opening match with Tommy Fleetwood on Wednesday, suffered a 2 & 1 defeat at the hands of Bryson DeChambeau. His career sixth defeat in the Match Play effectively ends his hopes of progressing beyond the group stage at Austin Country Club.

Likewise, Japan’s Hideki Matsuyama’s second defeat of the week, this time a 1-up loss to Brian Harman for his career 10th defeat in the event, means he will not be able to progress into the next round. He plays Patrick Cantlay on Friday, with the American World No. 10 and reigning ZOZO CHAMPIONSHIP winner favoured to move into the Fourth Round after notching wins over Harman and Carlos Ortiz in Group 10.

Making his debut in the WGC-Dell Technologies Match Play, Im’s encounter with Leishman was back and forth. Each time the Aussie would win a hole, he answered immediately. Leishman birdied the first, Im won the second; Leishman birdied the sixth, and Im countered with a birdie at the 213-yard seventh with the match tied through 14 holes. Leishman then won the 15th hole with a par and was conceded the par-5 16th when Im endured pitching issues left of the green. A tee shot 27 feet below the hole at 17 gave Leishman two putts for the win.

Leishman, a five-time PGA TOUR winner, said: “It was a competitive match, a friendly match. Hopefully, I can bring some better golf and come out with a win. I need to win tomorrow. Certainly I haven't had my best stuff over the last couple days, but had some good shots there coming in, nice to get a win and, yeah, like I say, got a chance, just need to play good.”

Kim, whose best finish in the Match Play was T9 in 2018, made seven birdies in his defeat to DeChambeau, the current FedExCup points leader. The 25-year-old Korean, who won his third TOUR title in January, led 1-up through 13 holes but DeChambeau poured in a 26-footer for birdie to tie the match, made a nice par save at 15 to go 1-up, and made a matching birdie from the right greenside bunker at 16 to keep the pressure on. When Kim’s tee shot spun into a penalty area left of the 17th green, his hopes all but ended.

DeChambeau said: “It was kind of a weird day for me. I made a lot of birdies, for sure, but just a lot of weird scenarios. I felt like I was playing good golf and there were just things that were occurring that I couldn’t explain. I hit a good drive on 12 and got right up in the face of the bunker … I don’t know, a weird day

Matsuyama made a late run at Harman, making birdies at 15 and 16 to push the match to the 18th hole. There, the Japanese star hit his approach inside of five feet; Harman answered with a 50-yard flop shot over a front bunker that stopped inside Matsuyama’s ball. Matsuyama made his putt, forcing Harman to make his for the win.