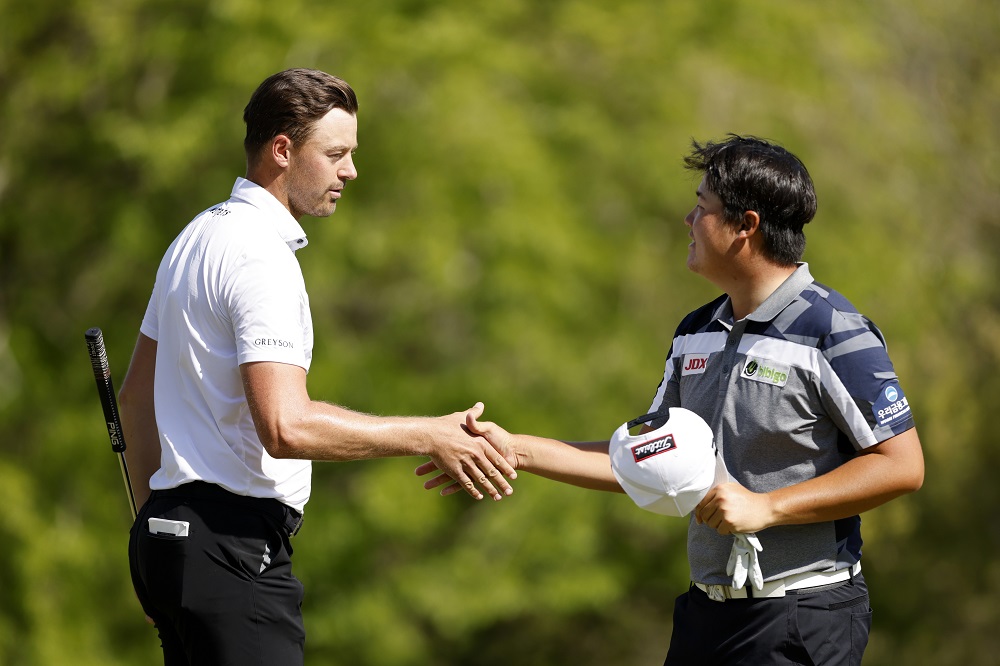 Im bows with defeat to Perez

Asia’s challenge at the World Golf Championships-Dell Technologies Match Play fizzled out in the Group Stage on Friday, with Korea’s Sungjae Im missing the best chance by losing a win-or-bust match to Victor Perez.

Im, a one-time winner on the PGA TOUR, fell to his second defeat of the week as Perez progressed into the knock-out round of 16 in a match the Frenchman never trailed at Austin Country Club. Three opening birdies, all from inside of eight feet, saw Perez seize early control and despite showing some resistance, Im’s debut in the US$10.5 million showpiece ended in disappointment.

Japan’s Hideki Matsuyama notched his first win of the week in Group 10, trouncing World No. 10 Patrick Cantlay 4 & 2 as he closed out the match in style with a chip-in eagle from just under 100 feet on the 16th hole. Cantlay, who won his first two matches, went on to lose in a playoff to Brian Harman who progressed into the next round. Korea’s Si Woo Kim, meanwhile, fell to a 3 & 1 defeat to Antoine Rozner as his abbreviated week in Austin ended with two losses and one tie.

With all four players in his group entering the final group matches with identical 1-1-0 records, Im, 22, could have forced a four-man playoff with a tie with Perez as Marc Leishman and Russell Henley tied their match. However, Perez proved too good on the day.

Although Im fought back twice with birdies on Hole Nos. 5 and 7 and then with an eagle on 12 and birdie on 13 to pull to within 1-down, Perez kept his foot on the pedal by winning the 16th hole with an approach shot to two feet and tied the next hole to close Im out.

“I got off to a great start, gave a few away, got back into it, gave a few away and got a little tight towards the end, but really happy with how I finished 16 and 17,” said Perez, who is a regular on the European Tour.

Cantlay was one of the hottest players with two opening wins but ran into an even hotter player in Matsuyama on Friday, who built an early lead with six front-nine birdies, tacked on two more on the back, and closed it out in style with an eagle on 16. The result sent Cantlay into a playoff with Brian Harman, which the latter won.

The conclusion of the Group Stage showed once again the vagaries of Match Play as only one player – Jon Rahm – from the top 16 seeds survived the round-robin stage Friday to progress into the weekend play. Eight of the 16 groups were won by the lowest-seeded player and a tournament-record eight playoffs were needed to decide group winners.