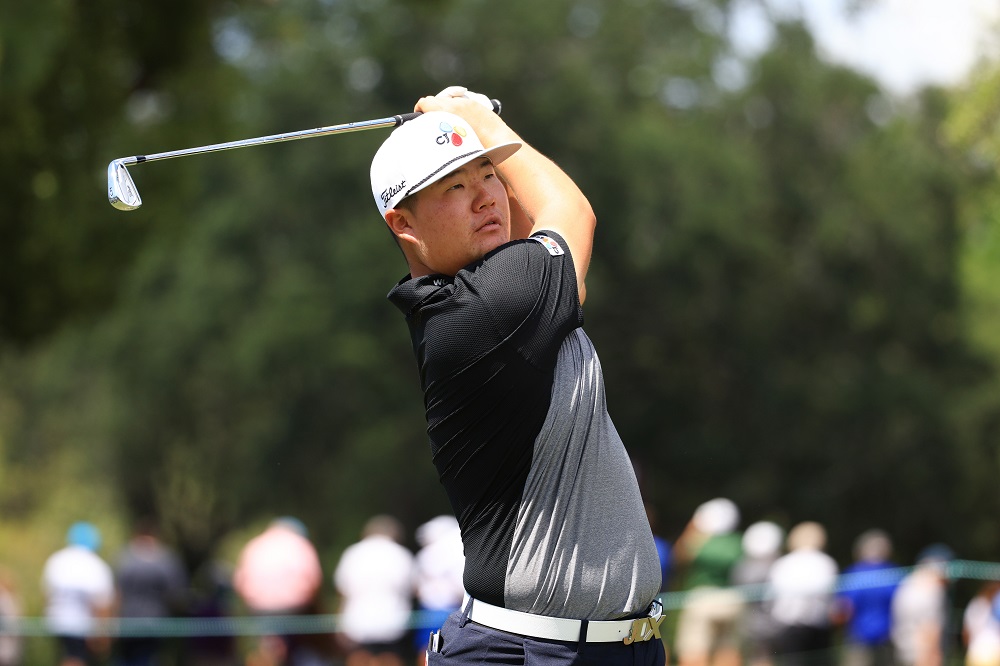 Korean star Sungjae Im produced a battling 2-under 70 for tied eighth position in the first round of the PGA Championship on Thursday to keep Asia in the hunt for back-to-back major triumphs.

A month after Hideki Matsuyama’s historic victory at the Masters, the 23-year-old Im rallied with an eagle and birdie over his closing three holes at the Ocean Course at Kiawah Island to bounce back from an outward 37.

Matsuyama signed for a 73 which featured three birdies, two bogeys and one double bogey to end the day in a share of 41st place with amongst others, Korea’s Byeong Hun An. Three-time PGA TOUR winner Si Woo Kim, Takumi Kanaya and Y.E. Yang, Asia’s first male major champion when he won the 2009 PGA Championship, are T77 following rounds of 75.

An off week at home in Atlanta was the tonic Im needed to clear his head after missing a rare cut at the Wells Fargo Championship two weeks ago when he shot his career worst round on TOUR with an 82. Im, featuring in his fourth PGA Championship and was tied second in the 2020 Masters Tournament, endured a mixed bag on his outward nine from the 10th. However, he brilliantly eagled the seventh from 13 feet and then rolled in a 14-footer at the next to haul himself into contention for a first major victory.

Matsuyama made birdies on Hole Nos. 11, 2 and 7 but dropped a couple of bogeys and one double. “It is a very difficult golf course, and the scores may be even higher later on in the week. So we just have to hang in there and do our best,” said the 29-year-old.

As Japan’s first male major winner, Matsuyama has been walking on clouds before returning to action last week following a one-month break at home. He knows he needs to sharpen his game to play himself back into contention. “Actually my energy level is good. I'm really not tired, but my game isn't where it should be. All my focus is on that right now,” said the six-time PGA TOUR winner.

“Playing the last five holes, four holes in 1-over isn't really that bad, but that three-putt at 18 kind of left a bad taste in my mouth. Before becoming a major champion, you're always grinding, pushing, and have never done it before. But since I've done it, like today, it was a little bit easier to play tournament golf.”

Thailand’s Jazz Janewattananond shot a 77 while last week’s winner of the AT&T Byron Nelson, K.H. Lee opened with a 78 to leave himself in danger of missing the halfway cut.