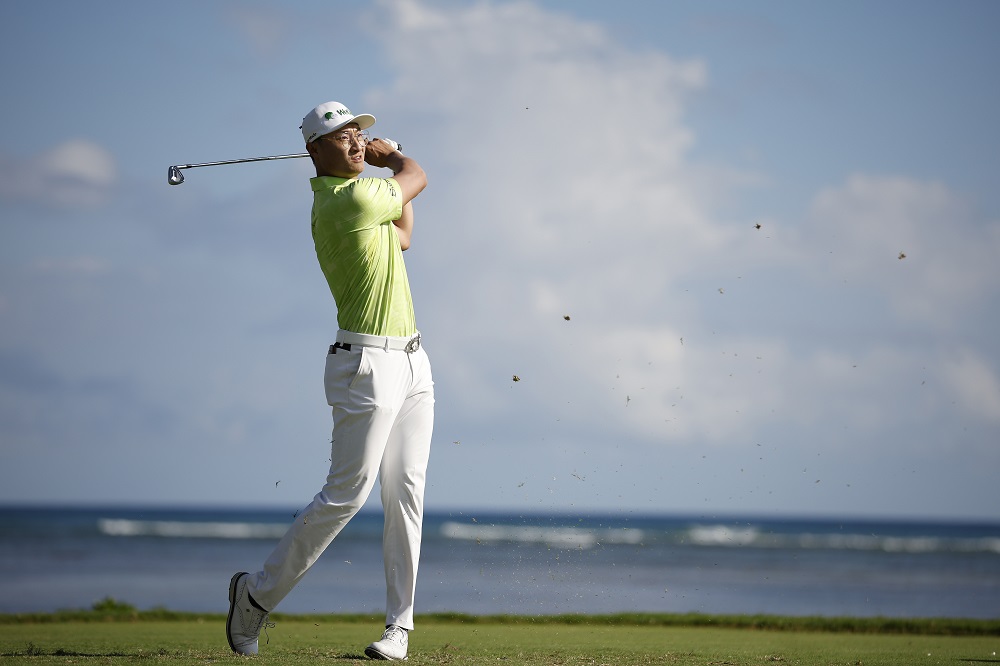 China’s Haotong Li flew Asia’s flag high at the Sony Open in Hawaii with a masterful 7-under 63 on Thursday which left him tied fourth and two back of defending champion, Kevin Na after the first round.

Li, 26, matched his lowest 18-hole score on the PGA TOUR with eight birdies against a lone bogey at Waialae Country Club in Honolulu. Reigning Masters champion Hideki Matsuyama and compatriot Takumi Kanaya were the next best Asians following rounds of 66s, while world amateur No. 1 Keita Nakajima carded a 67.

Na, a five-time winner on the PGA TOUR, tied his career-low round and his stunning 61 featured an outward 29, which was his first low 9-hole score in the Sony Open. His outstanding display included hitting all 14 fairways, the only player in the field to do so.

Once a top-50 player in the world, Li, who was the first mainland Chinese to feature in the 2019 Presidents Cup, has fallen onto hard times but showed glimpses of his old attacking form with a strong round where he hit 15 greens in regulation. He made lengthy putts of between 14 to 20 feet for birdies on the 13th, first and fourth holes and knocked in two closing birdies on eight and nine from inside of four feet.

“I had a good start and found the fairways a lot of times, and gave myself a lot of chances to make birdies. This is the first tournament of the year, I don't feel so confident just yet and I hope to be consistent over the next few days. I hope to play similarly and have good scores,” said Li, who is competing on a sponsor’s invitation this week.

A two-time winner on the DP World Tour, Li is now ranked 460th in the world following two difficult years which saw him miss more cuts than he cares to remember but a switch in swing coaches to Jamie Mulligan, who also works with reigning FedExCup champion Patrick Cantlay, has given him a shot in the arm.

“Jamie has taught me more about the philosophy of life and the mental aspect of the game, how to think and define my goals. I am grateful to him,” said Li, whose previous 63 was at the 2017 Open Championship where he finished third.

“When I was in the top 50, I didn't know how I got to that position. Now after falling down, I have found more good things about myself that I used to have, and I hope to take those good things and add them to the foundation I have now to better myself.”