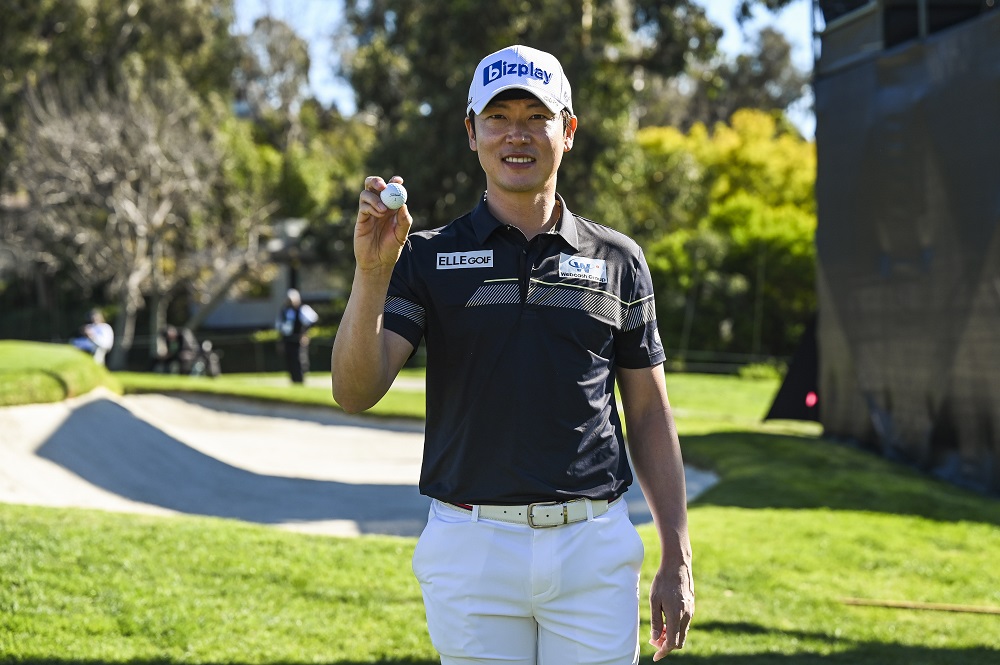 After Thursday, Tae Hoon Kim could officially have a fleet of Genesis vehicles at home.

The South Korean made a big impression in his PGA TOUR debut, finishing his opening round at The Genesis Invitational with at 2-under 70, good enough to tie for 19th place overall. American Sam Burns leads the field at 7-under 64.

It’s not the first time he has brought home a new Genesis in the last five months.

“The first two cars he got, he gave those to his parents and he has not decided yet on the new one,” Kim said through a translator.

Kim’s debut round on the PGA TOUR got off to a fast start, as he opened with a birdie and eagle on Nos. 10 and No. 11, respectively, to start the day. After a bogey at 14, Kim recorded his ace on No. 16 to move to 4-under through nine holes.

Kim’s two eagles through the first seven holes made him the fourth player on record (since 1983) to make two eagles on the back nine at the Riviera Country Club in the same round. The others are Scott McCarron (1997), Sergio Garcia (2012) and Phil Mickelson (2017).

That momentum appeared like it might continue as he made the turn, with Kim adding another birdie on the first to move to 5-under. It was an impressive start for a player who hasn’t spent much time on the course since the Korean Tour ended in November.

“His first PGA TOUR tournament and actually he's not ready for the tournament because the Korean Tour was ended last year and he didn't prepare that much, but right now, so he kind of enjoying the round,” Kim said through a translator.

Kim’s early momentum disappeared soon after, though, as he shot a combined 4-over over the next three holes to drop back to 1-under. But he rallied late with a 13-foot birdie at the 8th, pulling him even with 15 others, including defending champion Adam Scott.

“So he started with a good eagle and made a hole-in-one, but in the middle of the game he kind of lose some score, but he came back and then he enjoy the game,” Kim said through a translator.