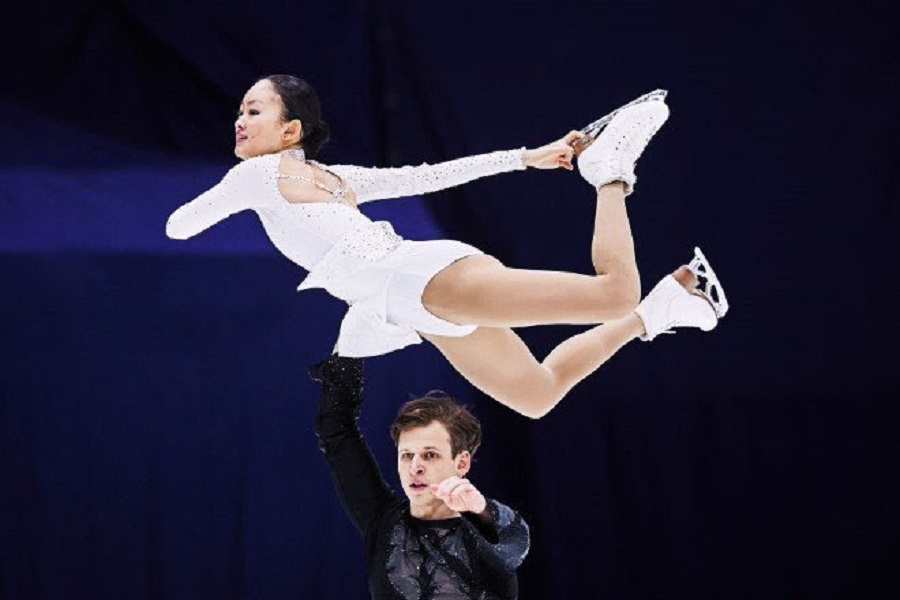 Mai Mihara of Japan skated off with her second Four Continents title. Korea’s Haein Lee and Yelim Kim claimed silver and bronze, their first ISU Championship medals. It is also the first time that two Korean Skaters stand on the podium at an ISU Championship.

Mihara, who skated last, delivered a beautiful performance to “Fairy of the Forest”, reeling off a triple Lutz-triple toe, triple flip, triple Salchow, double Axel-triple toe, triple Lutz-double toe-double loop and triple loop as well as two level-four spins. The only glitch came when she struggled with her final spin. The 2017 ISU Four Continents Champions posted a personal best with 145.41 points and totaled 218.03 points to take her fourth Four Continents medal overall.

“I was just so nervous today before the program. I was trying not to cry and tears were welling up. I was telling myself ‘what am I going to do?’ But then I said to myself ‘there is no choice, I just have to go and do this’,” the 22-year-old said.

“I was able to remain calm going into my first jump. At the end there was a little bit of a glitch on the spin and I really regret that, but there were no major mistakes and thanks to all the fans and the audience for supporting me so I was able to perform well today.”

“First of all I had experience at the (2020) Junior World Championships in the same place - Tallinn, Estonia. (In 2020) I did a pretty good job in the short program, but unfortunately in the free skating I made a mistake and it was kind of a (bad) memory for myself in that championship,” the 16-year-old said. “But I did a great job for this Four Continents in the same place and, in that respect, I’m very happy about it. At that moment in the Junior World Championships I had tears of sorrow and sadness, but it just changed into tears of joy and delight for Four Continents in the same place,” she continued.

Kim’s program to “Violin Fantasy on Puccini’s Turandot” featured a triple Lutz-triple toe as well as five more triple jumps. She achieved a personal best as well with 140.98 points and remained in third place at 209.91 points overall.

“This is my third Four Continents competition and of course I wanted to get the medal at some point and that was only my thinking or dreaming here. Getting the medal is a dream came true. I will have more passion and power to remember this moment for my skating life,” the National silver medalist said.

“It (winning this title) means everything. There were a few mistakes here and there, but we put up a good fight and I am happy,” Lu said.

“We didn’t put out our best performance for long program. We were happy that we put out a very solid short program, so we’re going to go back and start training harder. We’re happy with the win, but there’s always more we can improve. It never stops,” Mitrofanov added.

Chan/Howe’s performance to “Elegy for the Arctic” and “Divenire” included a side by side triple Salchow-Euler-double Salchow combination, triple twist and a total of six level-four elements. Their only major error came when Chan crashed on the throw triple loop and stepped out of the throw triple Salchow. The Americans set a new personal best with 116.47 points and moved up from third place after the Short Program to second at 180.94 points.

“It was an exhilarating experience to be able to go out and perform well. We’ve never been in that kind of situation before so it was a new experience that we had and I felt happy that we came down to what we could go out there and give our best,” Howe commented.

Walsh/Michaud produced a triple twist, throw triple toeloop and three level-four elements, but struggled with the side by side jumps and their last lift. They still managed a seasons best with 114.28 points, but slipped from second to third at 179.70 points.

“Honestly, there were some good things, but we just did some costly mistakes and the lift at the end was a huge cost for us unfortunately,” Michaud admitted. “We’ve been skating so well and training so well, just disappointed that we couldn’t fully show all of that today. We just need to take some things from the short and continue from the long at nationals,” he continued.

Deanna Stellato-Dudek/Maxime Deschamps (CAN) moved up one spot to fourth at 172.71 points.