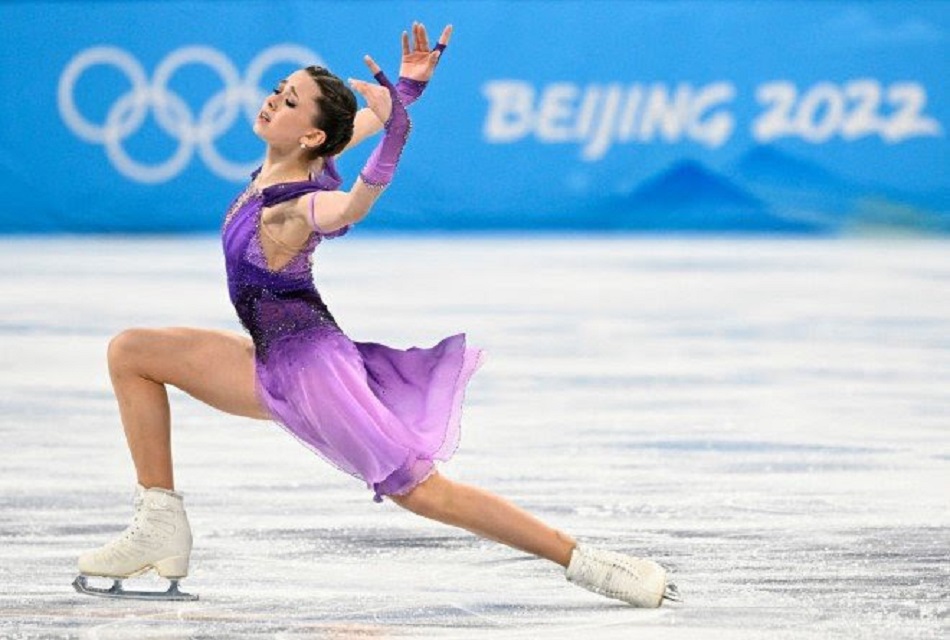 Team ROC overtook Team USA on the second day of the Olympic Team Event thanks to two excellent performances of their Single Skaters. Team Japan moved up to third place before the final day.

At first, the ISU European Champion Kamila Valieva (ROC) turned in another amazing performance of her Short Program to “In Memoriam”, reeling off a triple Axel, triple flip, triple Lutz-triple toe and exquisite spins to score 90.18 points for the team of the Russian Olympic Committee. She added 10 points to the team’s score. “I am very happy that I was able to bring the maximum points to my team. Today I did all I could have done,” the 15-year-old athlete said.

“It was a great day for us. Kamila was impeccable today, she is in great shape and I am happy for her and the team. Mark was brilliant, he put it all out there. It is great that we have such good young athletes like Kamila, Mark, Alexandra (Trusova), Anna (Shcherbakova),” team captain Nikita Katsalapov commented.

Team USA slipped behind ROC as their Skaters did not have their best performances. 2019 World bronze medalist Vincent Zhou popped the planned quad flip into a single and underrotated his quad toe, Salchow and the quad Lutz. He managed a quad Salchow-triple toe and two triple Axels in the second part of his routine to “Crouching Tiger Hidden Dragon”. With 171.44 points, Zhou ranked third in the segment and added eight team points. Karen Chen came fifth in the Women’s Short Program after missing her triple loop (65.20 points/6 team points).

“We are so proud of our Skaters today. They really fought through their performances and still performed their hearts out,” team captain Madison Chock told the post-event press conference. “It is a Team event and we are here to support them and no matter what the outcome, we are proud of them.” Her partner Evan Bates agreed: “When we sit in the team boxes and support each other we always want to see everyone go out and skate their best and when it happens, we are very excited. That is what is so unique and wonderful about this event, it is about the collective and the whole and we can lift each other up when some of us don’t have their best skates.”

Japan moved up one spot when their Skaters came first and second. Yuma Kagiyama was spectacular, nailing four quads – Salchow, loop, two toes – and six triples in his program to “Gladiator”. He achieved a personal best score with 208.94 points and secured the maximum of 10 team points. "I did a really good job today and I would like to say my performance today is perfect. But I need to even try harder in my individual events,” the 2021 World silver medalist commented.

“Our two athletes really enjoyed their performances and I was very happy to hear that. I am very grateful we were given the opportunity to deliver our performances,” team captain Misato Komatsubara noted.

“It was truly incredible. I think it speaks to the amount of work that the Japanese Federation has put into the sport in all four disciplines and we are so honored to share the ice with them,” co-captain Tim Koleto noted.


Georgia narrowly missed to qualify for the Team Final of the top five, losing to China by a tiebreaker after Anastasiia Gubanova came fourth in the Short Program (67.56/7 team points). Italy slipped to seventh place with a total of 20 points.

The Team Event concludes Monday with the Women’s, Pairs’ Free Skating and the Ice Dance/Free Dance.