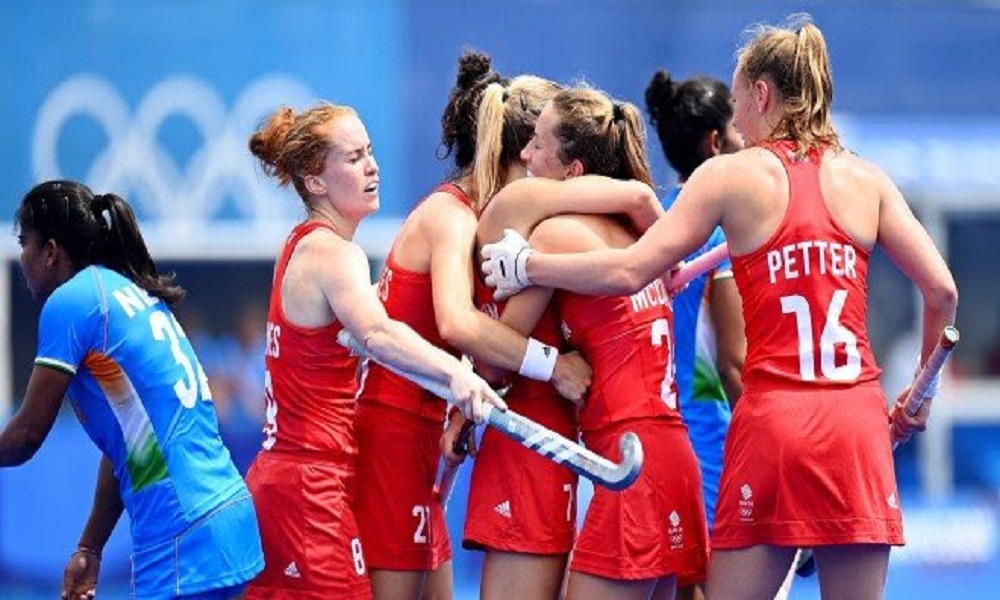 Great Britain’s women secured a crucial 4-1 victory over India that edges them closer to qualification from Pool A.

It was the perfect start as Hannah Martin’s effort from close range put the team ahead with just two minutes on the clock, before the forward bagged her brace mid-way through the second quarter with a superb finish.

Though India battled back with a goal of their own, Lily Owsley’s strike restored GB’s two-goal advantage and kept the team in the driver’s seat.

India were still creating chances, but resolute defensive work, and a late goal from Grace Balsdon would ensure GB grabbed the three points with a 4-1 victory.

Great Britain got off to the perfect start. Shona McCallin rifled a shot on goal only to see it saved into the path of Martin, who reacted fastest to tuck the ball into the net from close range.

The team were looking good during the early exchanges and enjoyed the bulk of the possession, with several circle entries. Martin was again causing problems when she drove down the wing and pulled the ball back to the well-positioned Sarah Robertson, however the forward was unable to connect with the opportunity.

It was the second quarter of the match that really saw the game roar into life. Just two minutes after the restart, Martin bagged her second of the day with a deadly finish. Having seen Sarah Jones’ strike rebound into her path, Martin picked up the ball on the edge of the circle and rifled the ball through the legs of the ‘keeper with a lethal shot on the reverse to double the lead.

The two-goal cushion didn’t last long though. India finding a way through with a neat penalty corner routine that saw Sharmila Devi deflect the ball in from close range to close the gap to 2-1.

Having brought one back just before half-time, India looked determined to restore parity after the interval. Just a minute into the second-half, India secured three consecutive penalty corners, impressive work from Maddie Hinch in goal and a brave charge down from Fiona Crackles repelling the danger.

GB responded well to the pressure and quickly got the ball back up the other end of the field. Hollie Pearne-Webb’s goal bound slap forcing a save to prevent Great Britain from making it three.

However, there was nothing India could do just minutes later when the ball fell kindly to Lily Owsley. The forward, who had won the initial penalty corner from which the opportunity was carved, looked calm and composed as she placed it neatly in the corner of the goal to put GB 3-1 to the good.

The match continued to present chances for both sides. Hinch booting the ball away again as India looked to respond before Owsley raced up the other end only to see her driven shot saved.

The three points were guaranteed three minutes from time when Great Britain earned a penalty stroke following good attacking play. Balsdon stepped up and delivered a precise strike that whistled in off the post to put GB 4-1 up with little time remaining.

That result means it’s back-to-back victories for Great Britain’s women who now have six points from three games at Tokyo 2020. Next up, they face The Netherlands at 11:00 BST on Thursday 29 July.

“I had fractured fibula and a bit of an ankle injury too, which ruled me out of the recent Europeans, so it was a bit touch and go to make it here. Luckily, I proved my fitness to be able to make it. I was absolutely gutted to miss out on the Euros but did absolutely everything I could to come out to Tokyo, so I’m really happy to be here.”