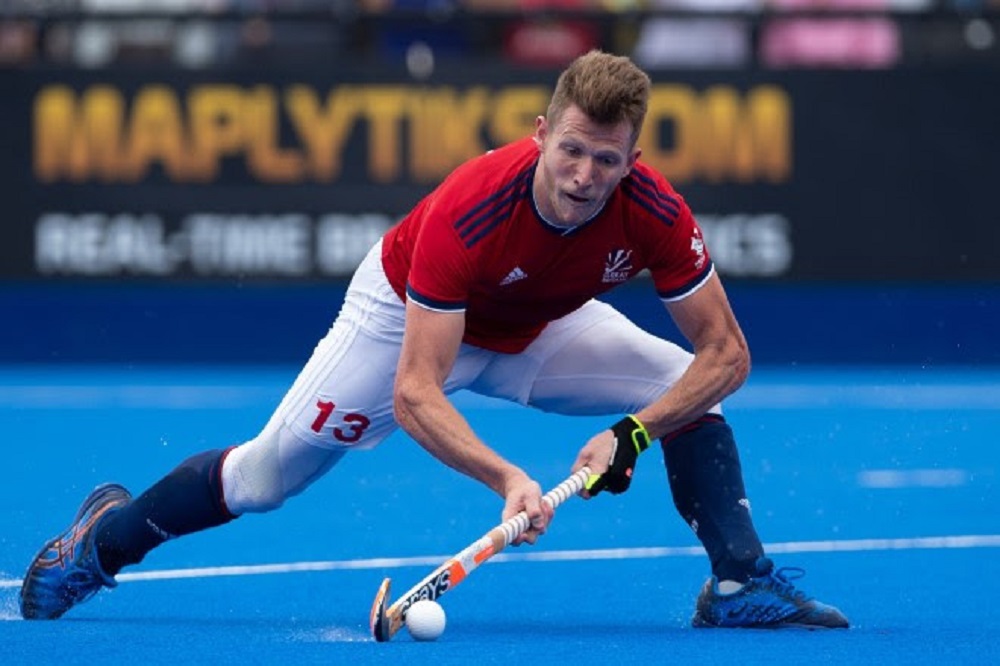 Sam underwent surgery on 13 November after sustaining serious facial injuries during FIH Olympic Qualifiers
He has since seen three eye specialists to determine extent of retina damage. Contrary to earlier reports, Sam has not retired from hockey.

During the final FIH Olympic Qualifier match against Malaysia on 3 November, Great Britain forward Sam Ward took a ball to the face and suffered significant facial fractures. He underwent surgery on 13 November to reconstruct his cheek and last week saw a number of eye specialists. He currently has a very small amount of sight in his left eye. Contrary to earlier inaccurate reports this morning, Sam has not retired.

Sam commented: “Over the last week, I have received advice from three separate eye consultants. They have all told me that I have suffered damage to the retina of my left eye and that this damage is partly irreversible.

"I may get some sight back, but this won’t be a quick process, and whether it will be sufficient for me to get back to playing international hockey only time will tell. It is a tough pill to swallow but, as people know, I am not one to give up easily and I will do everything can to make myself available for selection for Tokyo.”

It will be a number of months before we understand the extent of the damage to Sam’s retina. Athlete well-being is Great Britain Hockey’s priority and Sam will receive the best possible support over the coming weeks and months.

Great Britain and England Hockey’s Performance Director, Ed Barney, said: “Sam has suffered a very serious injury. At present, our focus is on supporting Sam to the best possible extent and ensuring that he has access to the best medical provision and wider support. The players and staff wish Sam well during this challenging period.”