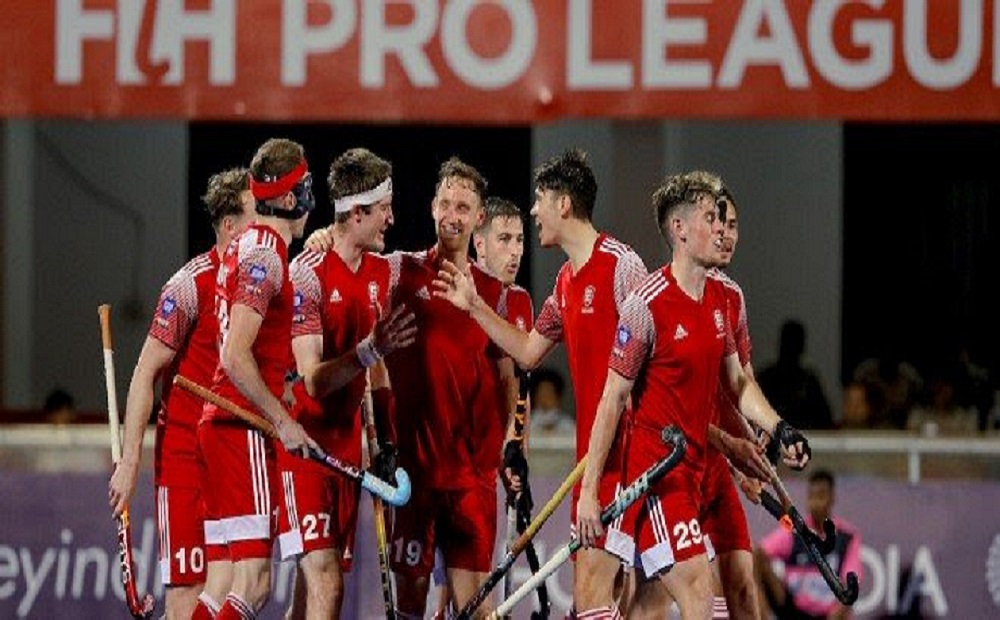 With Saturday's game ending 3-3, this time around the hosts won by the odd goal in seven. But like on Saturday, England showed lots of good play and one point from a possible six is a touch harsh for their efforts over the weekend.

Once again England went ahead, Liam Sanford scoring his first ever international goal in the first quarter, only for Manpreet to level a few minutes later. Two quick-fire goals from Harmanpreet Singh put India in the driving seat, but again Zak Jones' side dug deep, David Condon scoring to make it 3-2. And when Harmanpreet made it 4-2, again we found a goal through Sam Ward. But the hosts hung on to take all three points.

Full report
With the best part of 80 international caps to his name, few would have tipped Liam Sanford to open the scoring, but the defender registered his first international goal with seven minutes on the clock, deflecting home very nicely after a clever corner routine.

But the lead didn't last until the end of the first quarter, India registering from a corner of their own; Manpreet Singh stroking home after England 'keeper James Mazarelo was a touch unfortunate with a couple of deflections.

Into the second period, India began to increase the pressure on the English goal. James Gall made a good referral to deny one penalty corner, but a series of set pieces eventually saw specialist Harmanpreet Singh score his 100th international goal. And then a moment later, he scored again to give his side a 3-1 lead at the interval.

Into the third period and young Mazarelo showed his ability between the sticks to save twice in quick succession. And then David Condon scored for England with a touch from a penalty corner, putting Zak Jones' side back within a single goal.

There was still time for two more goals in the third quarter, first Harmanpreet getting his hat-trick from a corner before Sam Ward pulled one back almost immediately. And so it was set up for a rousing final quarter, but even when removing their 'keeper England couldn't quite create that key opportunity and the game ended 4-3.

Over the course of the two matches England have shown attacking ability and also good character, and the displays were encouraging at what is still an early stage for this group.