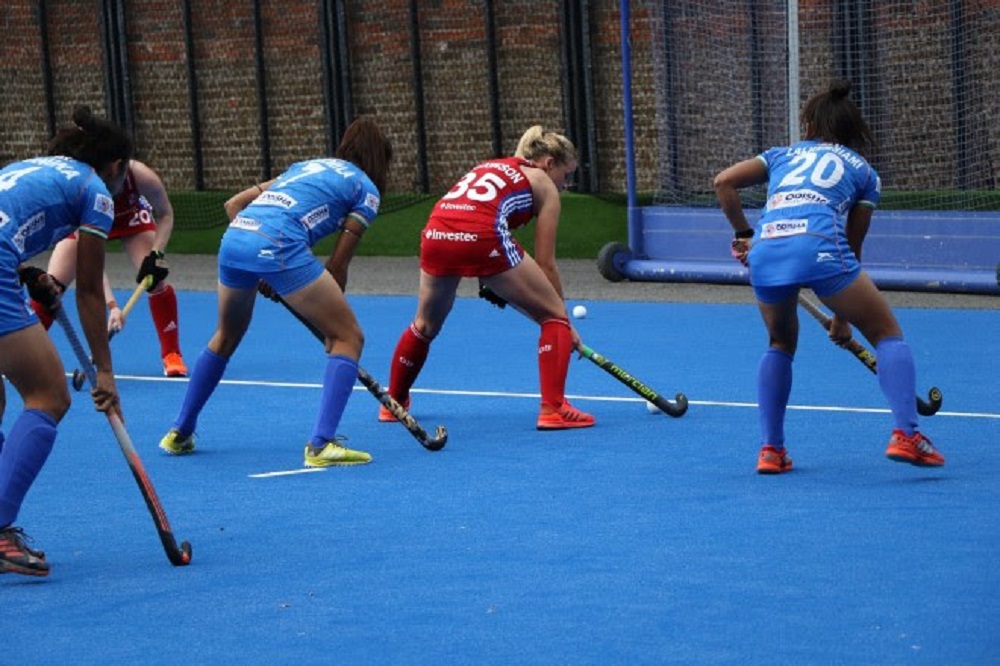 Great Britain’s women’s side played out a goalless draw against India in the first of three Test matches set to be played at Bisham Abbey National Sports Centre this week.

Leah Wilkinson made her Great Britain debut whilst Maddie Hinch also earned her 50th GB cap in the hard-fought draw.

Both teams looked resilient in defence with clear cut chances coming at a premium.

Great Britain started off in the ascendancy, creating the first meaningful chance of the game as Lily Owsley unleashed a venomous reverse stick shot flew just wide of the post.

Shona McCallin followed this up shortly after as her fierce strike just cleared the crossbar from the edge of the circle.

India were well in contention though and forced Maddie Hinch into making a smart save from a penalty corner just before the end of the quarter.

The second-quarter was an evenly battled affair with neither side able to fashion a telling chance to test the opposition goalkeeper.

Hinch was called back into action early in the third quarter as she stuck out a right boot to divert the ball wide.

Immediately after, good work from Sarah Robertson earned a penalty corner where a well worked routine was deflected just wide of the onrushing attackers. The attacking impetuous continued as Izzy Petter’s attempt on goal was well stopped by the Indian ‘keeper to maintain parity.

Good work from McCallin in the box then saw her tee up Emily Defroand but Savita was on hand to deny the midfielder too.

Both sides threatened to snatch a late winner, with India winning a corner with just over two minutes remaining, but both clean sheets remained intact.

The fourth quarter saw limited opportunities for both sides as neither could work a way through a well organised defensive shape as the first match finished scoreless.

They meet again tomorrow before the series comes to a conclusion on Friday morning.