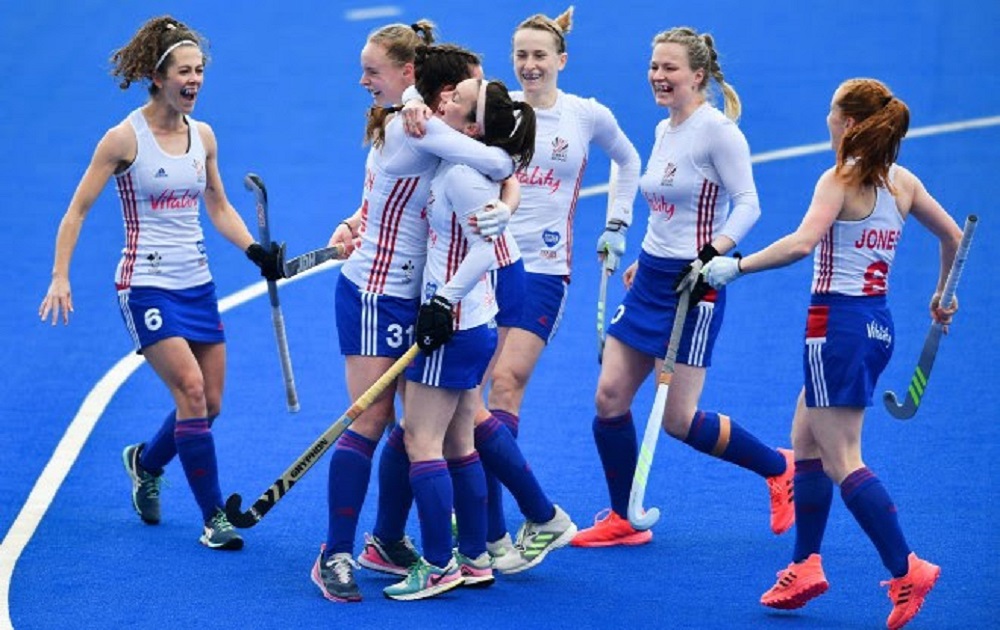 Great Britain Hockey and the British Olympic Association are proud to confirm the players who will represent Team GB in this summer’s Olympic Games in Tokyo.

With exactly 1800 days between the Rio and Tokyo hockey tournaments, it has been an unprecedented wait for both squads that will now travel to Japan. Going to and excelling at an Olympic Games is the pinnacle of any hockey player’s career and representing Team GB will come as a great honour for all those selected. Undoubtedly, the Tokyo Games will be unlike any other and for all concerned it is a huge honour to be there. Both squads will certainly be seeking to thrive in the moment and inspire all of us who are so excited to watch their journey.

Great Britain’s women’s 16-strong squad contains nine players who will proudly be taking part in their first Olympic games. Laura Unsworth is set for her third Olympics, while six more will participate in their second Games, having each won an historic first women’s gold medal in Rio in 2016.

The men’s squad of 16 contains twelve players taking part in an Olympics for the first time. Captain Adam Dixon, David Ames, Ian Sloan and Sam Ward will partake in their second Olympics, with Ward showing incredible tenacity to overcome a serious eye injury earlier in the cycle and take his place on the plane.

All three Home Nations are represented across the squads, with Jacob Draper and Rupert Shipperley becoming the first Welsh male hockey players to represent Great Britain at an Olympics since David Hacker did so in Sydney more than 20 years ago. Welsh duo Sarah Jones and Leah Wilkinson are part of the women’s team, while Scotland’s Sarah Robertson is also named in the women’s 16.

At 20 and 21-years-old respectively, Izzy Petter and Fiona Crackles are the youngest members of the women’s squad and with proven performances will be looking to grasp this incredible opportunity with both hands. Zach Wallace, 21, is the youngest of the men’s squad, closely followed by Wales’ Jacob Draper and English goalkeeper Ollie Payne, who are both 22. Payne comes into the squad having played all of England’s matches in the recent EuroHockey Championships, where they finished fourth.

Women’s Head Coach Mark Hager said: “For many of our Great Britain squad this has been a five-year journey in the making. Narrowing our squad down from 26 has been extremely difficult and highlighted the depth and talent we have. I have been humbled by how our entire Great Britain squad has supported each other through the selection process. There is a lot of potential in this team and I am very excited to see what this group of not only talented athletes but exceptional people can bring in Tokyo. We have a good balance of experience within the group to draw upon as we continue to challenge each other, and I am looking forward to seeing this group of athletes perform on the world stage."

Men’s Head Coach Danny Kerry commented: “This squad to represent Great Britain at the Tokyo Olympic Games has skill, grit, pace and intelligence in balance. Those selected will represent the wider squad and their team-mates concomitant with the energy with which they have all prepared. All of the squad are proud of how they have gone about their preparations amidst the pandemic. We understand the scale of the challenges ahead in Tokyo and will remain focussed on a ‘game at a time’ approach. The men have invested in themselves to grow the many qualities needed to navigate Olympic tournament hockey. We now look forward to using these qualities in the Games.”

Performance Director Ed Barney added: “The hard yards that have been committed day in, day out by players (selected and non-selected) and staff alike, stand the teams in such good stead for the weeks ahead. Whilst we have a total of forty players travelling to Tokyo, it has been the quality, breadth and depth and perseverance of all players throughout the cycle (past and present) that forms the backbone and identity of both teams. We know how privileged we are to be able to travel and compete in what will be an amazing Olympics and I know that both teams are ready to do themselves, hockey and Team GB proud.”

Commenting on selection, Team GB Chef de Mission for the Tokyo Olympic Games, Mark England, commented: “It is a huge honour to be able to announce the selection of the men’s and women’s hockey teams for the Tokyo Olympic Games and I’d like to congratulate everyone on this outstanding achievement. To be able to welcome back seven reigning Olympic champions alongside an exciting mix of experienced Olympians and debutants gives me great pride. At Rio 2016, hockey united a nation and created memories that will last a lifetime for both fans and players alike. These are two very talented squads and there is no doubt that they have what it takes to go out to Tokyo and make Great Britain proud this summer.”