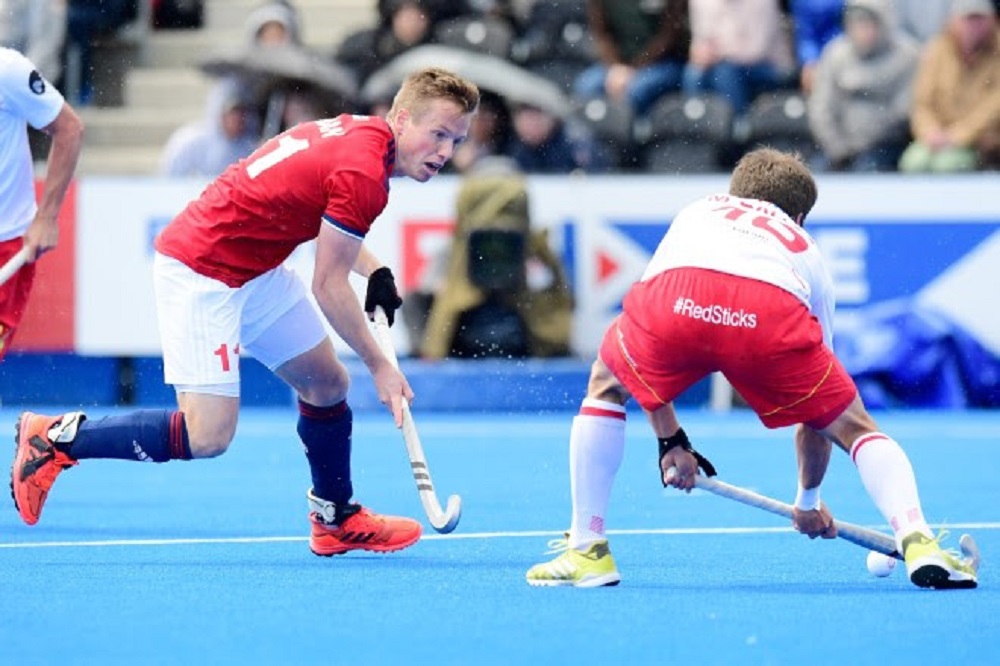 GB in narrow ictory over Spain

Jacob Draper made a winning start to his Great Britain career as Danny Kerry’s side beat Spain to take the lead in their Test series in Valencia.

The match was also a special occasion for Ian Sloan as it marked his 100th combined international appearance for England and Great Britain.

Liam Ansell scored the game’s only goal in the 40th minute as he played his first game for GB since injuring an ankle in May, while Liam Sanford made a long awaited comeback from a knee injury that has kept him out of the international arena since February.

The series in Spain is acting as a warm-up for the FIH Olympic Qualifiers, with Great Britain’s men taking on Malaysia on 2-3 November at Lee Valley Hockey and Tennis Centre as they seek to book their place at Tokyo 2020.

Having starred for Wales during their recent EuroHockey campaign and part of the GB U21 side that won the Sultan of Johor Cup last year, Draper made his GB bow as he came off the bench in the sixth minute.

It was a much different affair compared to the last time the teams met in Spain, when GB came from 4-1 down to earn a thrilling 6-5 victory in their opening FIH Pro League game.

But Ansell’s field goal secured a well-earned victory for his team as preparations continue to ramp up ahead of the FIH Olympic Qualifier.

The two teams meet again in the second and final Test at 2pm BST tomorrow.