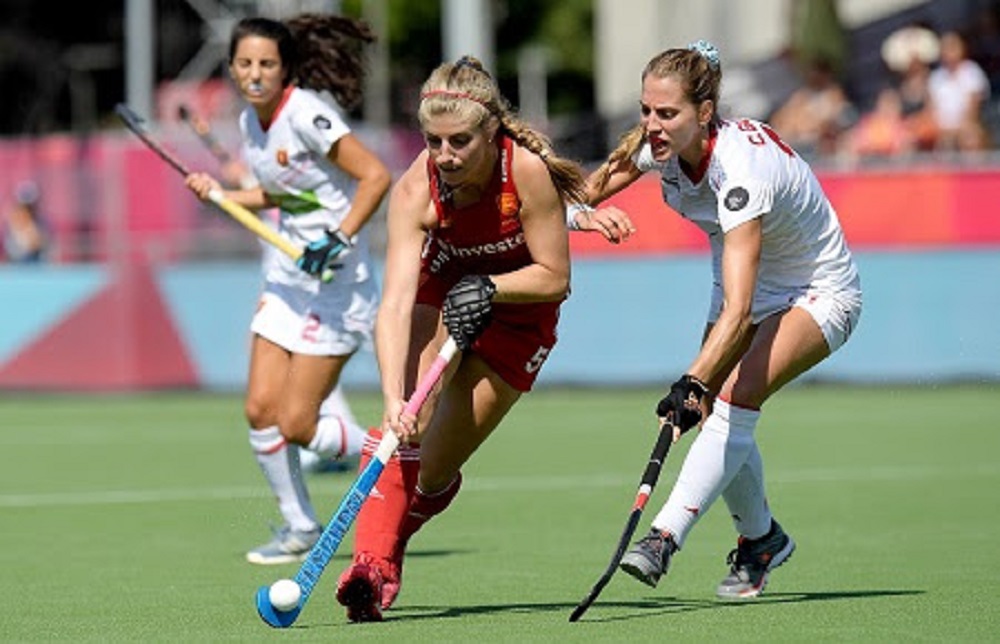 England's women were beaten by Spain in a shootout in the bronze medal match at the EuroHockey Championships.

Having taken an early lead in the match, England were begged back by the Spanish and so it proved in the shootout as well, England going 2-1 ahead only for their opponents to fight back and win 3-2.

The game itself was a cagey affair in the Antwerp heat, with both 'keepers making good saves to keep the scores level. There were decent opportunities for both sides in the final minutes as the game opened up, but neither side was able to capitalise on space inside the D.

So it was a disappointing end to the tournament for England, but after suffering a crushing defeat to the Netherlands 40 hours earlier, they restored an element of pride - although make no mistake they would have preferred to finish with a medal.

England scored in the first quarter after pressurising Spain into a defensive mistake, Sarah Evans pinching possession in a dangerous position and allowing Hannah Martin to neatly score underneath the diving goalkeeper. With ten minutes gone it was just the start England wanted.

Spain did not let their heads drop though, and soon came close with a penalty corner well stopped, before Lily Owsley expertly blocked a Marta Segu effort. Spain continued to press, and with 25 on the clock Maddie Hinch tipped over a dangerous looping effort to maintain England's advantage.

It was a cagey affair but the flow of possession suggested that Spain were more likely to get the next goal, and so it proved on 36 minutes when Maria Tost superbly touched home for 1-1. The umpires took a close look at the pass into the D, but there was no use of the back of the stick and the goal stood, with nothing goalkeeper Amy Tennant could have done to prevent it.

England came close with a Giselle Ansley penalty corner but it was well palmed away by Maria Ruiz. Maddie Hinch was the busier goalkeeper in the final quarter though, making a good double save as the match entered the final ten minutes. With five to go Spain had a great chance after a corner was played back to the injector in space but she was unable to convert.

Martin had a sight of goal with the very last action of the match, but it was a difficult chance on the reverse and so a shootout ensued.

England took a 2-1 advantage early on after Martin and Toman scored, but when sub 'keeper Melanie Garcia saved a penalty stroke from Ansley, it marked a shift in momentum. Spain scored their next two, and with Evans and captain Hollie Pearne-Webb denied, the bronze medal went to Spain.

The tournament has seen highs and lows for Mark Hager's side, with some good play in the group stage and then a very heavy defeat in the semi final. Having been hurt by that loss to the Dutch, England showed resilience in the final match but of course they ultimately will have wanted to take home a medal from Antwerp.

Now the Great Britain squad will prepare for important Olympic qualifiers later in the year as the important matches continue to come thick and fast.