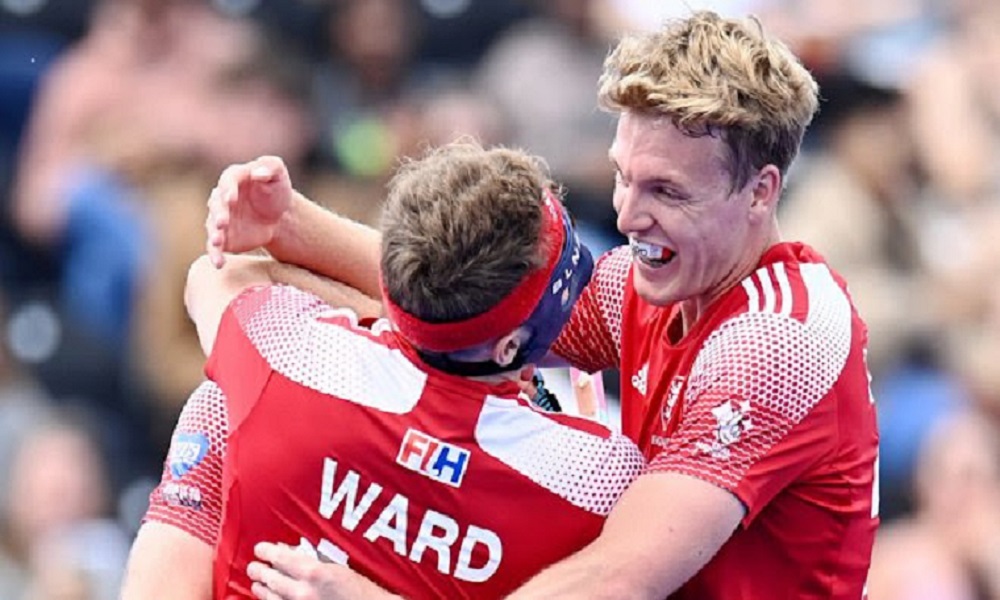 England’s men earned a third consecutive win with a very good performance at home to South Africa in the FIH Hockey Pro League.

Zak Jones’ team moved up to fourth in the table thanks largely to a first half display that put them 3-0 up at the interval. Nick Bandurak continued his goalscoring form with two corners before Chris Griffiths also scored a set piece; all before half time.

Sam Ward made it 4-0 with a lovely finish in the third quarter, and although South Africa scored twice in the final quarter, England saw the game out well to continue their good form at Lee Valley Hockey and Tennis Centre.

The home side had the first sight of goal when Sam Ward tried his luck from a penalty corner but it was nicely saved by the South African ‘keeper. Soon enough though England had the advantage when Nick Bandurak slammed home a corner for a first quarter lead.

Into the second quarter and England continued to assert themselves; Bandurak scoring again from a corner to double the advantage with 19 minutes gone. Chris Griffiths then created and scored a third with only 23 minutes gone, dancing into the D to win a penalty corner that he referred to the video umpire before smacking home the resulting set piece himself.

England threatened to score even more goals with David Condon seeing an effort ruled out for a push before Siya Nolutshungu produced a sensational save to deny Ian Sloan before half time.

With 40 minutes on the clock England put the game to bed, Jack Turner arrowing a nice pass into the D and even though Sam Ward had a lot to do, he slid in expertly to guide the ball past Nolutshungu for 4-0.

Just when the game looked to be petering out, to their credit South Africa dug deep and gave themselves hope. Matt Guise-Brown converted a penalty corner well on 49 minutes, and when Keenan Horne scored two minutes later England suddenly found themselves on the back foot. But the visitors couldn’t sustain pressure at the end of the game and England navigated the final stages expertly.

Interim Head Coach Zak Jones can be pleased with his team’s display in front of a supportive Lee Valley Hockey and Tennis Centre crowd, and they go into Sunday’s fixture with a spring in their step.