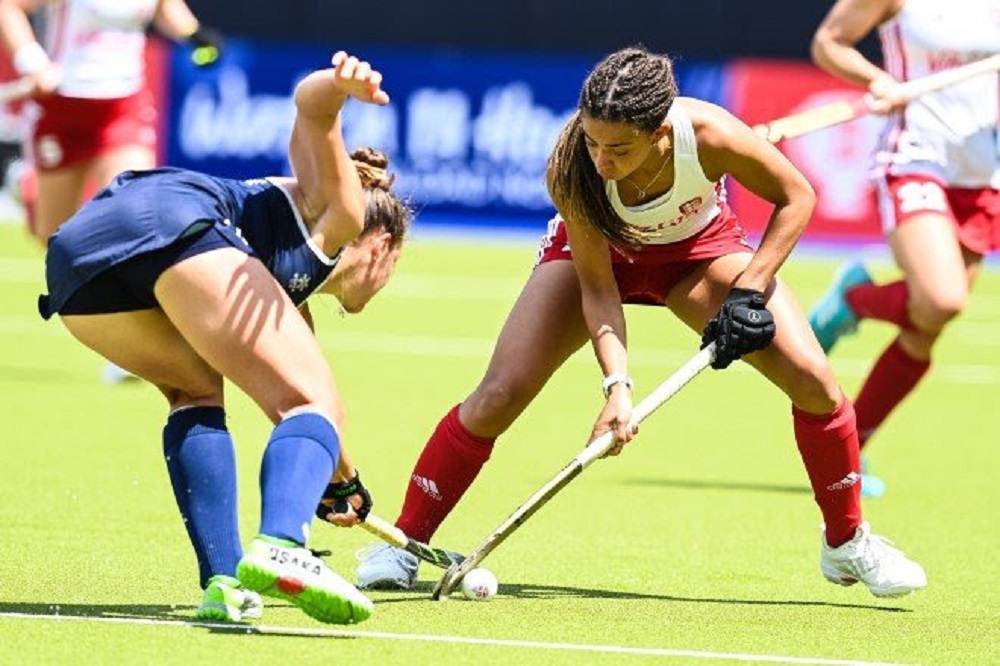 England earned their first points of the FIH Pro League season with an emphatic 3-1 victory over USA.

The visitors were frustrated by an energetic and youthful USA in the first half but kept their composure to record a Pro League victory at the third attempt.

Their campaign began with back-to-back 5-2 defeats to Argentina in Buenos Aires in February.

Ralph's side started brightly with Ellie Rayer having an early sniff of a close-range chance.

England had the first effort on goal when the ball sat up perfectly in the circle for Alexandra Malzer who fired narrowly wide of the left-hand upright.

USA enjoyed a spell of pressure and three successive penalty corners, the first two bravely blocked by Izzy Petter and the threat of the third expertly dealt with by Grace Balsdon.

England wrested back the initiative led by the relentless Martha Taylor, who won the ball on the right and drove deep into enemy territory to earn two corners.

Skipper Hollie Pearne-Webb drew a save from Kelsey Bing on the re-award and the loose ball didn’t quite break for Taylor close at hand.

The second quarter was a cagey affair but as both sides wilted in the intense heat, the game sparked into life in the dying moments of the first half.

England countered quickly on USA and Darcy Bourne was played into the circle down the left with Rayer narrowly unable to connect with her fierce reverse stick ball across goal.

Malzer was in the thick of the action at the start of the third quarter, driving into the circle and subsequently green carded for a full-blooded challenge four minutes after half-time.

USA went close through Danielle Grega and nearly profited from their extra player advantage when captain Amanda Magadan nearly saw her shot from a tight angle squirt in at the far post.

England were rewarded for riding out that spell of pressure when Pearne-Webb slapped home from a short corner on 36 minutes.

Only goalkeeper Kelsey Bing stood between the visitors and a bigger lead as she denied Taylor with a diving save.

She then foiled Sophie Hamilton from close range and cleared another fierce short corner slap from Pearne-Webb.

The hosts passed up a golden opportunity to respond when Paityn Wirth missed a half open goal with the final touch of a swift counter attack when it looked simpler to score.

They were soon punished as Bourne broke into a space and squared for Rayer who shot first-time into the roof of the net to make it two.

Pearne-Webb had to be alert to danger at the other end as she denied Hope Rose in a dangerous position with an expertly-timed poke tackle.

England earned a penalty corner when the ball ballooned off a defender's stick and onto the bar, with Balsdon unable to test Bing once again.

But Balsdon wouldn't be denied and minutes later ripped a superb drag-flick high into the net, putting the icing on the cake of an impressive performance, although Erin Matson got a late consolation for USA

Goalscorer Ellie Rayer said: "We had ups and downs in the game but just rode the wave. We came through, stuck together and delivered on our basics.

"It's a good start and plenty to build on. We need to get ready to go again tomorrow."

Rayer added: "We just need to tidy things up. We know the Americans are a really fast, physical team, and we want to play at our own tempo and intensity.

"It can get frantic out there, so we need to control the play and stick to the basics, that will put us in a good place for tomorrow."