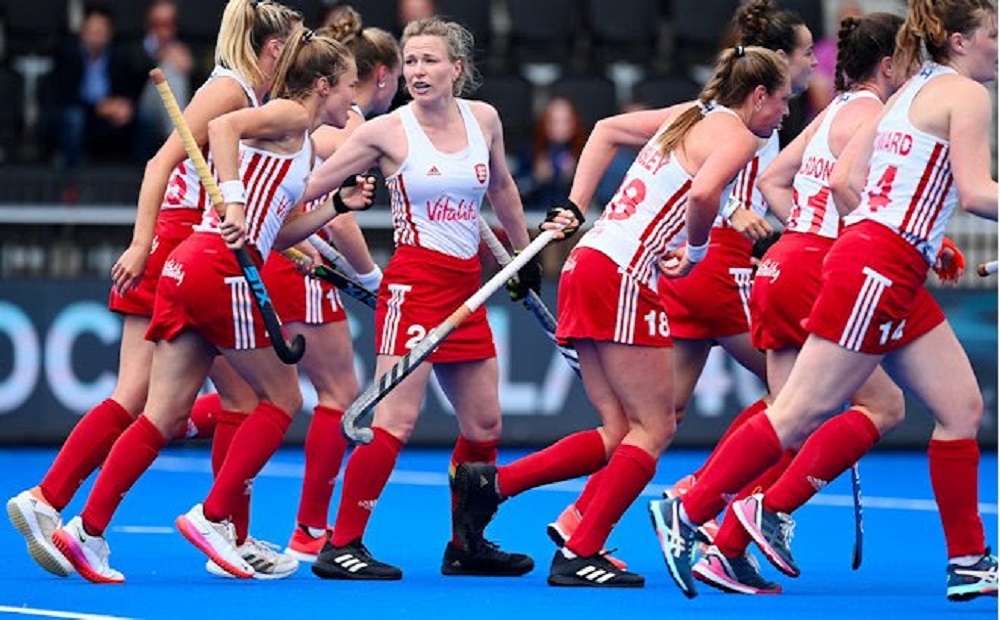 England booked their place in the Crossover stage at the FIH Women’s Hockey World Cup with a 2-0 win over China in Amstelveen.

First-half goals from Grace Balsdon and Giselle Ansley, both from penalty corners, proved enough for David Ralph’s side to earn a first win of the tournament which ensured they progressed from Pool B.

England had to dig deep in the second half, Izzy Petter’s bloodied hand from a penalty corner block illustrating the bodies-on-the-line determination which helped keep China at bay, and solid defence ensured Maddie Hinch had little to do throughout the 60 minutes.

England’s knockout journey begins on Sunday evening against either the second or third-placed teams from Pool C. With so much at stake for both sides, early chances were sparse in a nervy opening but the game sprung to life when China were awarded a penalty corner eight minutes in.

England’s rush defence prevented an effort on goal and a quick counter-attack ended with Lily Owsley earning a penalty corner at the other end.

And Balsdon made no mistake, finding the bottom corner with the aid of a deflection to open up a vital lead.

China thought they had earned an instant chance to level when a penalty corner was awarded in their favour, only for England to successfully refer the decision as replays showed the ball had hit a Chinese foot in the circle.

The lead remained intact at the end of the first quarter and England flew out the traps in the second, with Tess Howard heavily involved.

Having seen appeals for a foul waved away when she went down under pressure from two defenders, she was later picked out by Owsley and unleashed a reverse stick effort which was well saved by Liu Ping, with Izzy Petter not quite able to connect with the rebound.

England were not to be denied on 27 minutes, however. Owsley was again the architect, cleverly winning a penalty corner which was ruthlessly put away by Ansley with a powerful drag into the bottom corner.

Solid defence was required to keep the two-goal advantage in place before half-time, Fiona Crackles making a fine block from a China penalty corner given when Sophie Hamilton played the ball after the whistle.

Petter was next to make a vital intervention, rushing out to block a shot from a penalty corner early in the second half and having to leave the field for treatment on her hand.

England then went close when Darcy Bourne fired a ball into the D which was met by a sliding Hannah Martin, who deflected the ball wide with Sophie Hamilton just unable to make contact at the back post.

China dominated possession for what remained of the third quarter without creating clear-cut chances and the theme continued in the final 15 minutes, Alyson Annan’s side spurning another penalty corner opportunity with eight minutes to play.

On a day which saw Hannah Martin win her 100th combined England and Great Britain cap, England used all their experience to wind the clock down and seal the three points required to keep their World Cup dream alive.

Owsley, named Player of the Match after her dazzling display, said: “I’m so happy. I said on Tuesday that China would get the brunt of our performance against New Zealand and I didn’t have doubts before the game, I knew we were going to win.

“We don’t make it easy for ourselves but we’re entertaining. We’re up and running now and we considered this the start of the knockout games. One down, four to go.

“We wanted to come out hard and we knew we could. It can be hard when the other team can play for a draw and China are a good side who got the better of us in the Pro League.

“We gave them the respect they deserved and both teams showed a lot of fight. We’ll keep showing that for the rest of the tournament.”