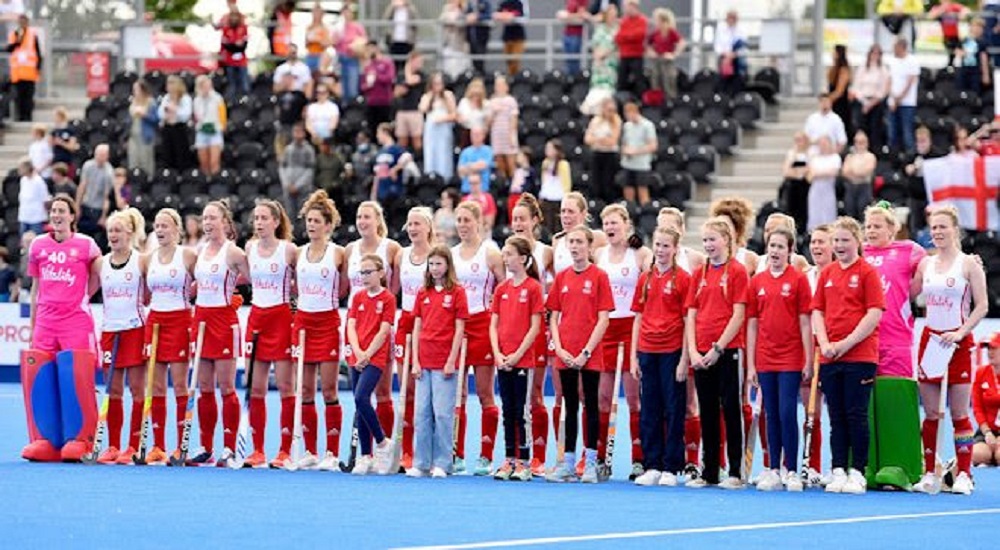 A goal scored with only three seconds remaining denied England's women all three points against China at Lee Valley Hockey and Tennis Centre.

In a hard-fought encounter, Tess Howard continued her comeback from injury with a super goal, and it looked set to give David Ralph's side victory, only for Bingfeng Gu to score from a corner with the final touch of normal time.

China then took victory in the post-match shootout to give themselves a further bonus point, marking a remarkable turnaround for the visitors, who looked set to come away with nothing until the 59th minute. But they battled hard throughout and deserved credit for their endeavours.

England though get the chance for revenge on Sunday when the two teams face off again at 2:30pm on Queen Elizabeth Olympic Park.

The first quarter was a cagey affair; England on the front foot but unable to exert consistent pressure on Ping Liu in the China goal. Tess Howard came closest with an effort not too far wide of the upright.

Into the second period and England's 'keeper Sabbie Heesh produced a vital save right on the goalline as China found themselves with a breakaway into the English D; the best chance of the game thus far. Down the other end Howard again looked a threat, linking up very nicely inside the Chinese area but angling her shot ever so slightly wide.

Right on half time China's Hong Li showed great bravery to deny England from a penalty corner, taking a whack to the chest for her trouble.

Into the second half, England injected more urgency and Holly Hunt came close to creating a chance with an impressive dart down the right hand side. Eventually though the deadlock was broken and it came down that same side, Lily Owsley driving nicely into China territory before Howard produced a wonderful touch to deflect home.

The final quarter was a rather staccato affair, punctuated by video referrals which took the momentum out of the encounter. Although the award of a penalty stroke to China was overturned, the stoppages seemed to favour the battling visitors, and when Hollie Pearne-Webb was penalised with three seconds to go; eventually Bingfeng Gu turned home a corner to take a point.

Into the shootout, China had an early advantage was Hannah Martin's effort was repelled, and they scored all of their attempts, meaning that Grace Balsdon's saved penalty stroke gave the visitors the bonus point.