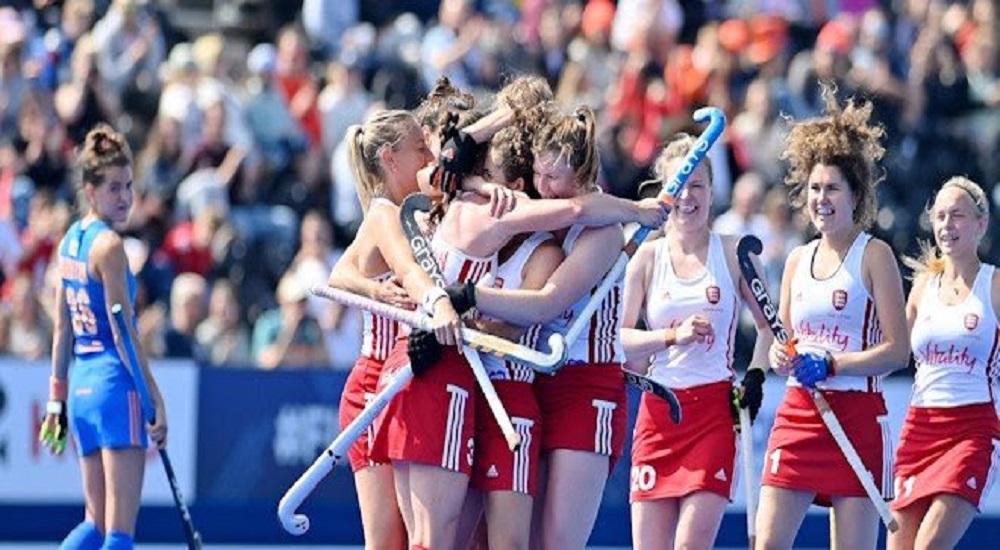 England’s women put in a very positive performance to defeat the Netherlands 3-1 in London.

It was England’s women’s first win over the Dutch in regulation time since way back in 2003, and although the visitors fielded an inexperienced side there was much for Head Coach David Ralph to be pleased with.

So the women went home happy after an encouraging display in front of a boisterous crowd at Lee Valley Hockey and Tennis Centre. And the two teams face off again at 1pm on Sunday when the Dutch will surely be aiming for revenge.

England almost got off to the best possible start when Ellie Rayer was found in space inside the D, but the Dutch backline just managed to close her out as she looked to find a teammate.

The first quarter was a lively affair; Maddie Hinch coming off her line expertly to deny Joosje Burg after a super run; and then Tess Howard seeing an effort cleared off the line although it may have been angling just wide anyway.

Early in the second period England had their goal, a neat penalty corner routine creating an opportunity for Anna Toman to turn home in her 50th game for England. The visitors then had a couple of corners of their own but couldn’t beat Hinch, who also made another super save at the near post.

With 41 on the clock England had a second. They darted down the right with intent, and Izzy Petter was on hand in the middle to deflect home at the near post, giving Julia Remmerswaal no chance. David Ralph’s side found their stride on a few occasions in the third quarter.

Into the final period though and it was the Dutch who made the game tighter, Maxime Kerstholt scoring with a very well-hit penalty corner. The Dutch came to London with a less experienced squad following a series of games for both club and country, but they still posed a threat.

With eight minutes remaining though, England put the game to bed. When a penalty stroke was awarded, Grace Balsdon showed wonderful composure as the Dutch decided to change their ‘keeper, which did of course slow proceedings down but Balsdon remained calm and lashed home right into the top corner.

England still had some more defending to do when Giselle Ansley superbly hooked clear a corner, and Hinch made a couple of smart stops. So it was a good performance from England at both ends of the pitch and plenty for those watching to be pleased with.