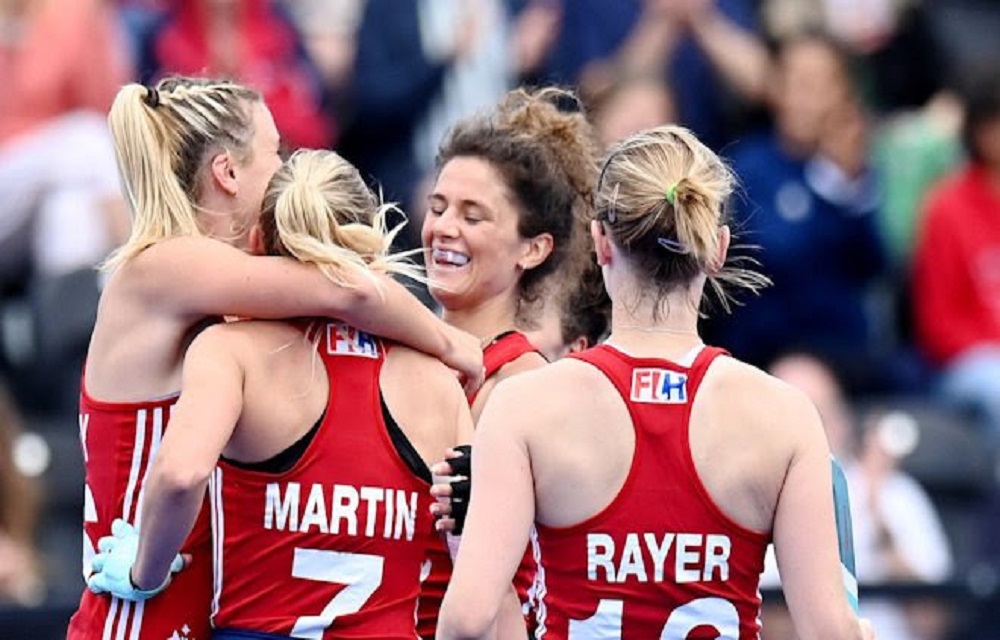 England’s women earned a first home win of this FIH Hockey Pro League season with a good performance against Spain.

Giselle Ansley opened the scoring on her 100th England appearance with a penalty corner and then Lily Owsley made it two with a lovely team goal.

Xantal Gine’s corner gave Spain some hope, only for a Grace Balsdon set piece to put the game to bed right at the start of the third quarter.

Having been disappointed to see leads slip away twice against China last weekend, David Ralph’s side showed real fortitude this time around to take all three points – and they go into Sunday’s rematch with Spain with a spring in their step.

The first quarter saw few chances until Grace Balsdon went narrowly wide with a penalty corner attempt on 14 minutes; the two sides cancelling each other out early on.

Into the second quarter and it was England who broke the deadlock as the game began to open up; Giselle Ansley firing home on her 100th appearance for England. Tess Howard also deserves credit for sliding in bravely, ensuring the goalkeeper was unsighted.

Sabbie Heesh then stood up well to a couple of Spanish attacks; England’s keeper saving low down from a corner. Having not won either of their games last weekend, England may have been forgiven for being tentative this time around, but quite the opposite and David Ralph’s team scored a wonderful expansive second, Flora Peel and Holly Hunt combining to release Lily Owsley in the area and she rounded the ‘keeper brilliantly.

Spain found their feet somewhat in the third quarter, and Heesh was again on hand to produce three excellent saves in succession. But there was nothing she could do as Xantal Gine fired home an excellent corner on 41 to reduce the deficit.

Having seen a lead slip away seven days ago, England were in no mood to do the same this time around and Balsdon put the game to bed with a corner right at the start of Q3. England could have had more goals when Spain went to eleven outfield players but shot wide twice. However it was of no consequence and England took a very welcome three points at Lee Valley Hockey and Tennis Centre.