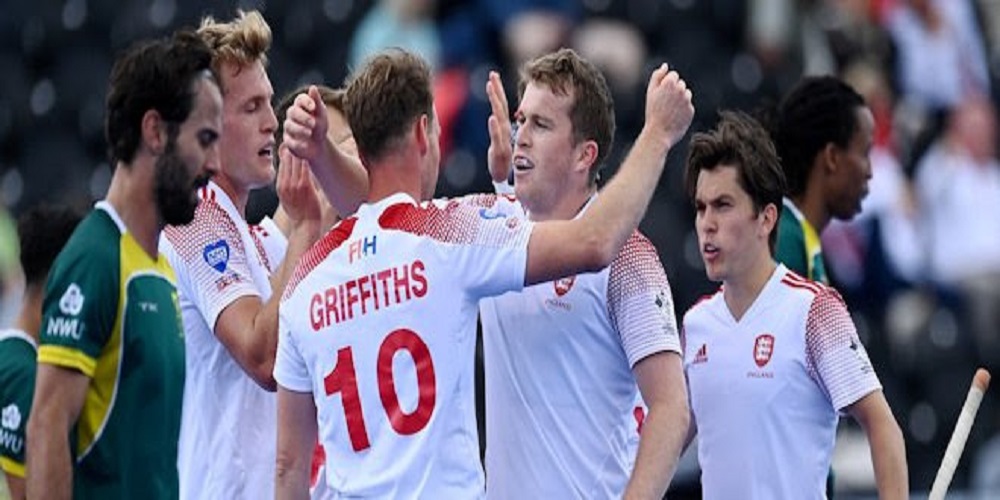 England’s men made it four wins on the bounce with another good display against South Africa.

James Albery's first international goal opened the scoring after only five minutes, and when Will Calnan rocketed home another corner eight minutes later England were on solid ground.

They continued to push but took until the 54th minute to find a third as Chris Griffiths held off a defender to produce a very tidy near post finish.

After excellent wins against France and now South Africa, England go into next weekend's games against the Netherlands in fine spirits.

England flew out of the traps and had the lead with only five minutes gone; James Albery converting from a penalty corner as the ball pinballed around inside the D and fell to him for a first international goal.

Then with 13 minutes on the clock the home side doubled the lead. Will Calnan does not get too many opportunities from penalty corners, but on this evidence he will be given more chances as he arrowed a beautiful effort into the top corner.

The second period saw more attacking intent from England but no more goals as the half ended with the home side two goals to the good.

Peter Scott showed great skill in the third quarter to almost fashion a chance, having first won the ball in his own half, eventually seeing a shot blocked.

Then into the final period Chris Griffiths sealed the victory, expertly taking possession in the D, holding off his man and slipping a lovely finish inside the goalkeeper for 3-0 on 54 minutes.

Right on full time James Gall nearly scored with a thunderbolt of a cricket shot but it went inches wide. It was of no consequence though as England took all three points and solidified their position at fourth in the table, three points behind Argentina with two games in hand.