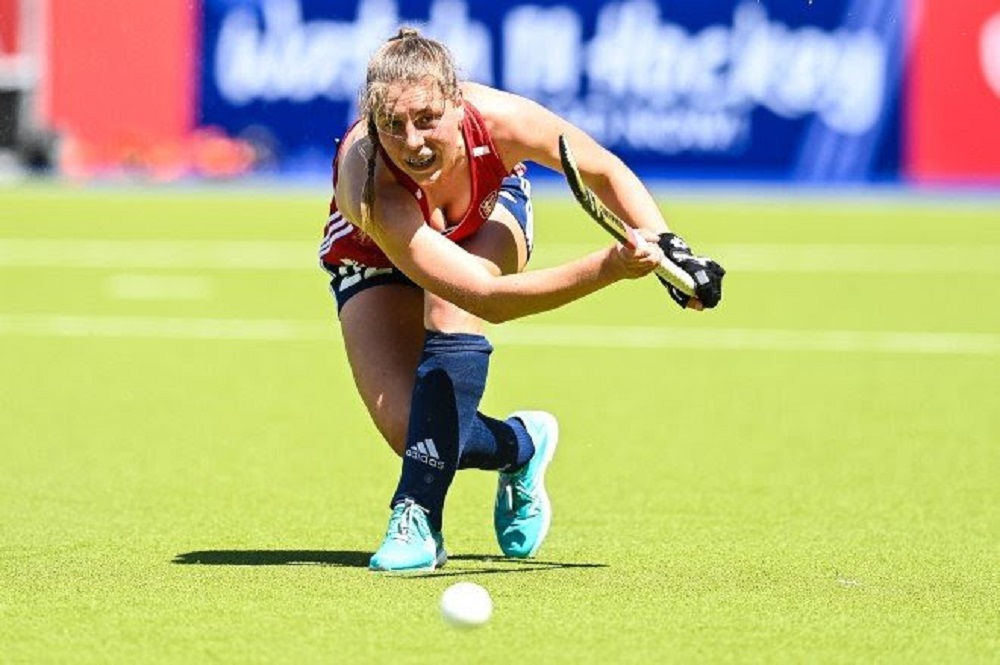 England staged a rousing comeback from two goals down to claim two points in the second of a double game weekend against USA.

Two first-half goals put David Ralph's side on the back foot as they attempted to build on Saturday's convincing 3-1 victory at University of North Carolina.

England surged back into contention through Pippa Lock and Sophie Hamilton levelled terms two minutes from time, forcing a shootout that the visitors won 3-1.

Ellie Rayer scored the winner in the shootout after Hamilton and Izzy Petter converted theirs and Sabbie Heesh made vital saves.

England got out of the blocks quickly, as they did a day earlier, and had the first effort on goal when Sophie Hamilton fired narrowly wide from the top of the circle.

Rayer, who took her Pro League goal tally to three in the weekend's opener, robbed her marker of possession only to see her close-range reverse stick effort ricochet wide from close range.

USA then broke quickly and nearly opened the scoring but for a fine save from Heesh, who denied Megan Rodgers low to her right.

The hosts forced a short corner and then struck first in fortuitous circumstances as Rodgers' ball across goal deflected in off Hollie Pearne-Webb.

England enjoyed plenty of possession but found USA's swift counter-attacks hard to cope with. They were two down on 20 minutes when Danielle Grega expertly deflected a penalty corner into the roof of the net.

Ralph's side poured in effort in the Chapel Hill heat but the hosts held sway and Karlie Kisha nearly deflected home a third at the near post from a penalty corner.

England emerged with brio in the second half and Alexandra Malzer came close three minutes in with a fierce reverse stick shot that was repelled by Kelsey Bing.

Grace Balsdon came within an inch of cutting the deficit when her penalty corner struck the base of the left-hand post and flew to safety.

Balsdon's power from the top of the circle created another chance early in the final quarter with Sophie Hamilton unable to apply the finish touch to her goalbound slap at the near post.

England finally halved the deficit on 48 minutes when Holly Hunt carried the ball into the circle and squared for Lock, who poached a maiden international goal from point blank range.

Ten minutes later and the comeback was complete when Sophie Hamilton was on the spot to turn home a rebound from a penalty corner that squirted out from underneath Bing, forcing a shootout.

USA missed two of their first three efforts. Darcy Bourne erred with England's second but Hamilton and Petter both converted.

Pearne-Webb couldn't convert but Rayer nutmegged the goalkeeper to secure the shootout spoils and two points.

England stay seventh in the Pro League standings on five points with a trip to Germany up next in early May.