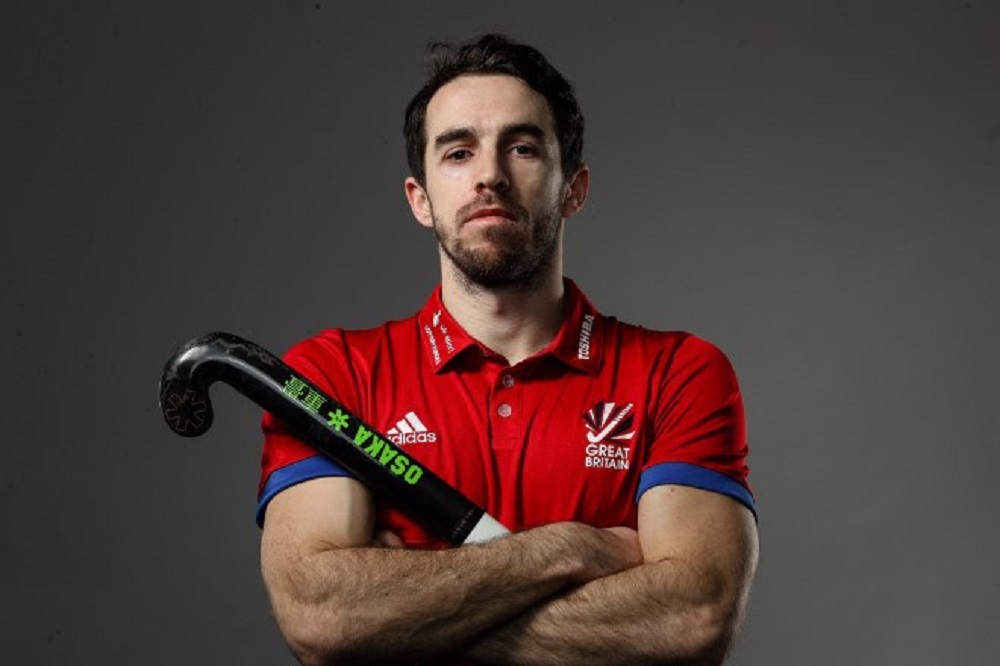 Chris Grassick has taken the difficult decision to retire from hockey after a long and protracted injury that has plagued him for more than a year.

The midfielder steps away after playing 135 combined international matches, captaining Scotland at two Commonwealth Games – including on home soil at Glasgow 2014 - and leading them to the top tier of the EuroHockey Championships for the first time in 14 years.

He was also part of the Great Britain team that played in front of the biggest hockey crowd since London 2012 at The Stoop earlier this year having made his debut five years agi.

Grassick took the decision to retire after continuing to suffer from a rare hamstring problem that can be linked back to an ACL injury he picked up just before Rio 2016.

He had surgery in October 2018 and fought back to feature twice for GB during the 2019 FIH Pro League but, despite playing well in both matches, Grassick felt he wasn’t performing at the level he could.

Furthermore, the pain worsened once again and after using the summer break to reflect on his situation, he decided it was the right time to retire.

“I would describe myself as playing at 60-70% in those FIH Pro League games because I couldn’t physically do what I was capable of,” he recalled.

“As the weeks went on it felt like time was closing in and it wasn’t getting any better. I knew then that it was getting harder and harder to get back and it just felt like the right time to step away.

“I went home, got married, went on honeymoon. I had a lot of time to think at that point and it just felt like a good natural progression to close that hockey chapter in my life and move on to something new.”

Despite retiring aged just 28 and not being able to achieve his dream of representing GB at an Olympic Games, Grassick will leave the sport with plenty of positive memories.

And even though the last three years have been very tough for him, he believes he has learned plenty of important lessons that he will carry for the rest of his life.

“Even though it’s not quite gone to the plan I’d dreamed of when I was younger, I would do it all again,” he said.

“Looking back, I’ve learned a lot – how to be resilient, how to accept disappointment having been so close to making the last Olympics.

“The last time I played for Surbiton was when we won the league a couple of years ago. I’d never won the league before and it had been an ambition of mine to do it with Surbiton so that was a big highlight for me.

“My last game for Scotland was playing at the Gold Coast where we finished in our highest ever position at a Commonwealth Games which was a great achievement, as well as us reaching the top division of the EuroHockey Championships and achieving our highest ever world ranking.

“And then playing my last game for GB at The Stoop was amazing. Although I didn’t physically feel very good for those couple of weeks, coming back and playing in the Dutch game and at The Stoop was brilliant and I was so glad to do that.

One of the most popular members of the team, Grassick has always received plenty of love and support from team-mates and fans alike, something that has really helped him through the tough times.

He said: “I want to say a huge thank you to everyone who has supported down in England, up in Scotland or from wherever. It’s always been hugely appreciated and always adds to the great memories I’ve had when playing.

“On top of that I’d like to say thank you to everyone involved within GB and Scottish Hockey who has been involved in helping get me back. It’s been a real team effort!

“Being a full-time hockey player for six years was something I had never believed would actually happen. That is something I’ll always be chuffed about.”

Former men’s head coach Bobby Crutchley paid tribute to the player he handed a GB debut to against France in 2014.

He said: “It was an absolute pleasure to work with Chris, during our time together on the GB programme.

“As well as his clear hockey ability, he brought an extremely high level of dedication and intelligence, that not only brought the best out of himself, but also those around him. I am sure these skills will enable Chris to be extremely successful in whatever he chooses to do in the future.”