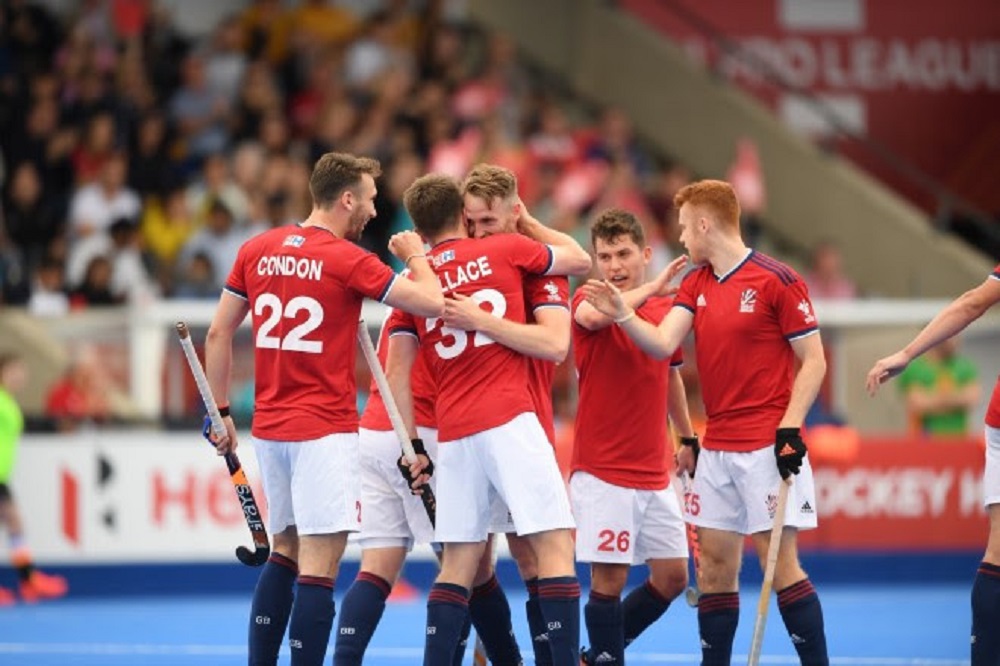 Great Britain’s men drew against Australia whilst our women’s team fell to a 4-2 defeat in a sold out double header at Lee Valley Hockey and Tennis Centre.

Speaking after the game, Phil Roper commented: “To get a 2-2 draw and win the shootout is a really good feeling. It was a very physical game, Australia always bring the energy and are hard going into a tackle, you’ve just got to match them and make sure you know you’re on a level playing field with them and you’ve got a chance.

“Thursday’s game was a good bit of motivation, we thought we did enough to get a result out of that so we did really well over the last two days to reset and make sure we came here today with a strong focus and I’m glad it worked out.”

Great Britain's women suffered defeat at the hands of a clinical Hockeyroos side despite an encouraging second-half showing.

Going into the half-time break 3-0 down having conceded three goals inside five minutes, GB rallied in the second period and created some good chances as they netted twice through Hollie Pearne-Webb and Tess Howard to close the scores.

GB captain Pearne-Webb commented: “The first-half started well but we let ourselves down by conceding two quick goals which were very sloppy and our heads went down a bit when we conceded the third.

“We picked it up again in the second-half and created some chances, scoring two goals in a game is enough to win it, we just need to get better at not conceding those sloppy goals.

“I don’t think this group has experienced being that down and coming back but in the past we’ve done it and I think we proved today by getting two goals back that we can do it. The belief was definitely there.”

Great Britain's men face the Netherlands on Friday 14 June before the women take on the Dutch the following day before concluding their FIH Pro League campaigns with a double header at Harlequins' Twickenham Stoop Stadium on Sunday 23 June.

The FIH Pro League was brought in to bring top class international hockey around the world on a regular basis, and this was a prime example of what is on offer in this new format.

Britain led twice in the first half, Zach Wallace and Chris Griffiths on target either side of a lovely Jake Hervie finish. Tim Brand levelled matters in the third quarter, and although both sides pushed for a winner, the goal never materialised and so it was onto the shootout.

Britain were always ahead, and when George Pinner prevented Daniel Beale's fifth Australian attempt, our side showed their delight at taking what could be a crucial two points come the end of the season.

Britain's women were beaten by Australia and left to rue a second period in which they conceded three quick goals.

At 4-0 down with a little more than fifteen minutes to go, Britain staged a valiant fightback, goals from Hollie Pearne-Webb and Tess Howard offering a glimmer of hope.

Unfortunately Mark Hager's side had left themselves too much to do, but the home crowd will have gone home with the knowledge of a much improved final quarter.

Next up are two exciting games, firstly the Dutch in a sold-out match and then New Zealand at the Twickenham Stoop on Sunday 23 June.