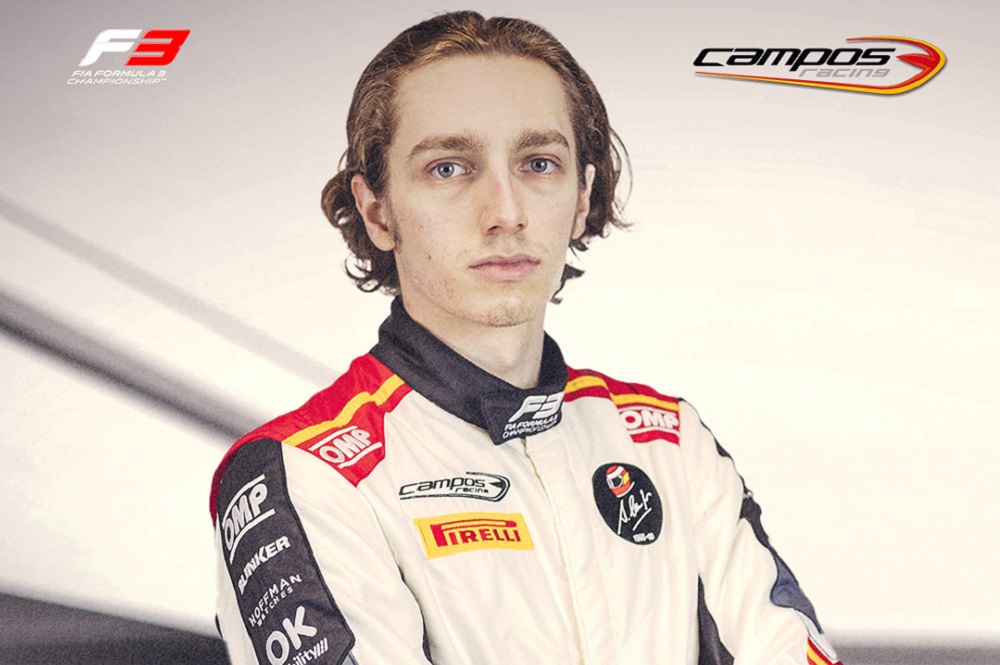 Campos Racing is pleased to complete its FIA Formula 3 Championship driver line-up with the signing of Hungarian ace László Tóth, who is the latest recruit to the team’s roster of drivers.

Tóth is one of the most promising talents in his country and, despite his youth, it is already been three years since he made his debut in single-seater racing. A Telki native, Tóth contested series such as the F4-based Italian, Spanish, Russian and German championships before stepping up to Formula Renault Eurocup last year.

Tóth’s name became well-known for the Hungarian motorsport community with his participation at the 2019 FIA Motorsport Games held in Vallelunga, in which he achieved the best results of the Hungarian delegation by finishing fourth and seventh in the Formula 4 Cup.

The 7-round calendar, in the support of F1 Grand Prix races, includes events at Circuit de Barcelona-Catalunya (Spain), Paul Ricard (France), Red Bull Ring (Austria), Hungaroring (Hungary), Spa-Francorchamps (Belgium), Zandvoort (Netherlands) and Circuit of the Americas (USA). As a novelty, the weekend format is scheduled to be changed with three races per weekend instead of two.

Adrián Campos-Suñer Torres (Sporting Director of Campos Racing): “We are pleased to confirm that László, the final addition to our driver line-up in the 2021 FIA Formula 3 season. I am confident that we will be able to put a nice work together with Lorenzo, Amaury and László himself in order to meet our goals in the feeder series. I would like to give László a warm welcome to Campos Racing on behalf of everybody at the team and we wish him every success in this new challenge for him.”

László Tóth (FIA F3 driver of Campos Racing): “I’m very pleased and honored to continue my career at a team with such a great heritage. I’d like to continue going forward step by step, just like I did before. This will be my first F3 season, obviously the main goals are to develop and gain as much experience as possible.”