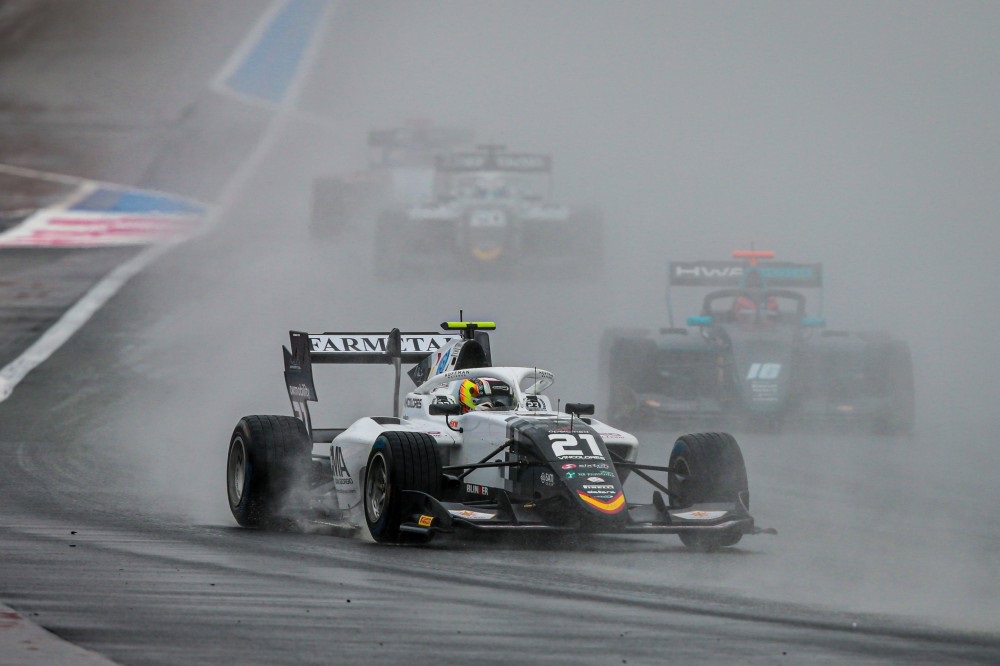 The second round of the FIA Formula 3, which took place at Paul Ricard in the frame of the French F1 Grand Prix, came to an end with Campos Racing showing further progress in the F1 feeder series. Despite the results throughout the weekend weren’t brilliant, the processes and race craft were still good. Lorenzo Colombo and Amaury Cordeel were joined this weekend by Pierre-Louis Chovet, who was replacing László Tóth after the Hungarian driver tested positive for COVID-19.

Saturday’s race 1 saw Campos Racing drivers making a good race start and gained several places as soon as lights went out. Cordeel darted past Matteo Nannini in lap 9 and moved up to 16th, right behind Colombo. Colombo also was moving through the field and he moved past David Schumacher in lap 12. Unfortunately, Cordeel’s recovery drive was ruined after making contact with Tijmen van der Helm, which forced him to make a pit stop. Colombo kept fighting for pole position on the reverse grid with Jak Crawford, Arthur Leclerc or Caio Collet. Finally, the Italian took the checkered flag in 14th place. Chovet finished 18th and Cordeel still made it to the finish in 27th one lap down.

Campos Racing drivers also managed to put a tough fight in race 2. Chovet and Colombo got involved in a battle with Nannini. After 20 laps, Chovet crossed the finish line in 15th place with Italian Colombo further adrift in 20th. Cordeel ended up in 24th.

On Sunday, it started to rain minutes before race 3. With a different set-up, which was changed on the starting grid, Colombo and Cordeel made a good race start with no mistakes despite track tricky conditions. Little by little, lap times improved as rain stopped and the main concern was to nurse the wet tires. Colombo made it to the finish in 19th place and Cordeel took the checkered flag in 25th place.

The FIA Formula 3 will head to Red Bull Ring, in the Styrian Mountains, on 3-4 July for its round 3.