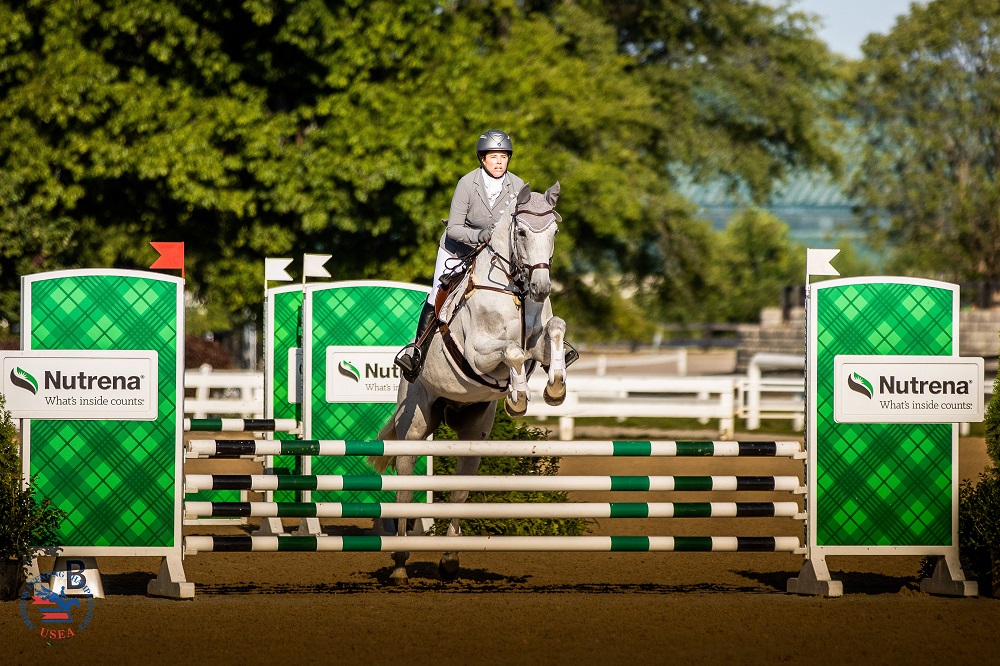 Local mom and full-time horse-woman Jane Musselman rode Bentley’s Best to the head of the winner’s circle after having produced two flawless jumping days and finishing on only her dressage score of 24.2.

“This was only my fourth event with him ever, so I feel lucky that we even qualified,” Musselman described of the 14-year-old Trakehner gelding (Hirtentanz 2 x Hauptstutbuch Baronesse XIII). “It’s incredible even just to be here and so to have the win is just icing on the cake.

“I was lucky enough to grow up in this area, so I have competed at the horse park before many years ago doing Pony Club but to win here is pretty special,” she finished.

“My goal was really just to once again be somewhere in the top 15,” Wilson said in reference to her placing in the 2019 event. “I never dreamed we would be doing the Novice level at this point, and it is a challenge but it’s also great.

“I have had such a blast here, it’s just been wonderful,” she continued, “and I really have to give a huge credit and thank you to the USEA for putting this together.”

Madeline Bletzacker beat a year of tough odds and fought her way to the 2021 event after various surgeries and injuries threatened to hold her and her 13-year-old Hanoverian gelding (Don Principe x Winterzauber) Drummer Boy back from competition.

“I’ve had a really tough couple of years,” the Galena, Ohio resident explained. “Last year I had to have a reverse shoulder replacement, I broke my finger, and I bruised some ribs, but I kept up my training and exercise as best as I could and was determined to get here.

“I just told myself I was going to get through this, and we’d make it work because that is just what you do,” she continued. “I worked at the racetrack for 25 years and rode roughly 15 to 20 horses a day, so you learn how to just power through and do what needs to be done.”

Hayley Barbato and her 8-year-old gelding (Bellamy Road x Next Big Nothin) Whiskey Road were the recipients of the Thoroughbred Incentive Program (TIP) award for the division after receiving the lowest score of 28.0.