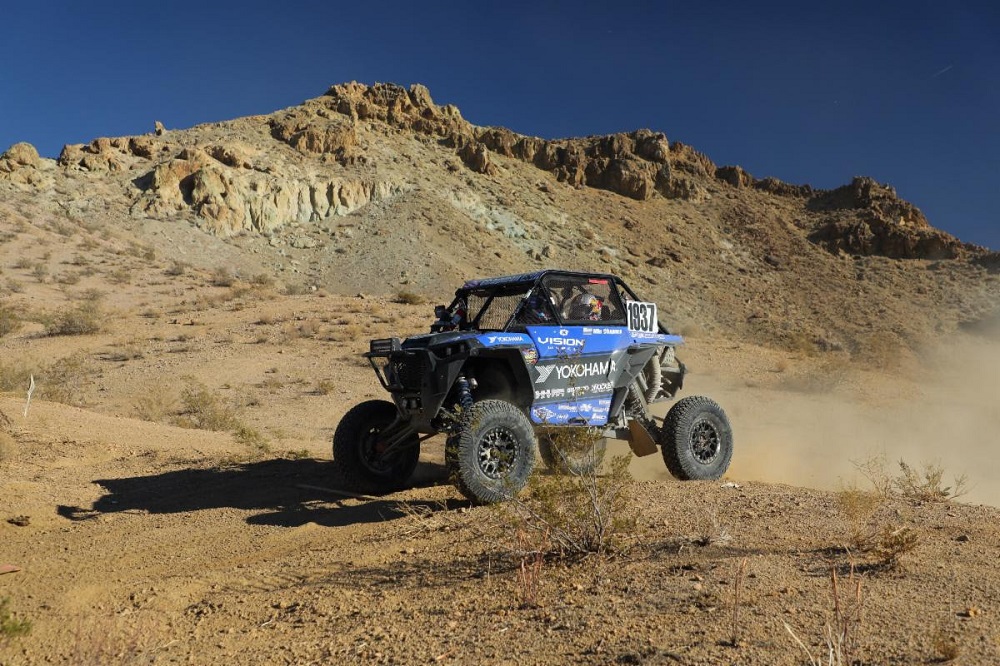 Professional off-road racer and Red Bull athlete Mia Chapman will make her return to desert racing this Friday and Saturday at Primm, taking on the UTV NA class as part of the Legacy Racing Association Stateline Shootout. Chapman’s familiar #1937 Yokohama Tire UTV will look to conquer two full days of racing on the Primm short course, with a green flag time of 6:30AM each morning.

“I can’t wait to get back behind the wheel this weekend in Primm!” said Chapman. “The past few years have been exciting with all sorts of opportunities in desert, short course, and Red Bull Scramble events, but I always really look forward to competing here. I think we’re going to be rejuvenated getting back after it, and I’m hoping we’ll have a great finish to show for it!”

The Stateline Shootout breaks up Legacy’s field of racers into five different heats, with Chapman’s UTV NA class headlining the first group to go out. Each group gets eight laps per day on the nine-mile course, with a rallycross-style Joker Lap available to each racer once per day from the second lap forward. Racers will look to secure the fastest combined time across both days to score wins and podium finishes in their respective classes.

Chapman’s past few years of racing have included everything from going for desert racing titles and making special appearances at Red Bull UTV Scramble races to scoring a top-five finish in the Pro Lite World Championship race at Crandon last fall as well as an appearance in Nitro Rallycross at ERX in October. She’s also been profiled in the Red Bulletin, appeared on Speed Sport, and rubbed elbows with action motorsports legends like Travis Pastrana and Tanner Foust. More events on Chapman’s 2022 racing calendar will be announced in the coming months.