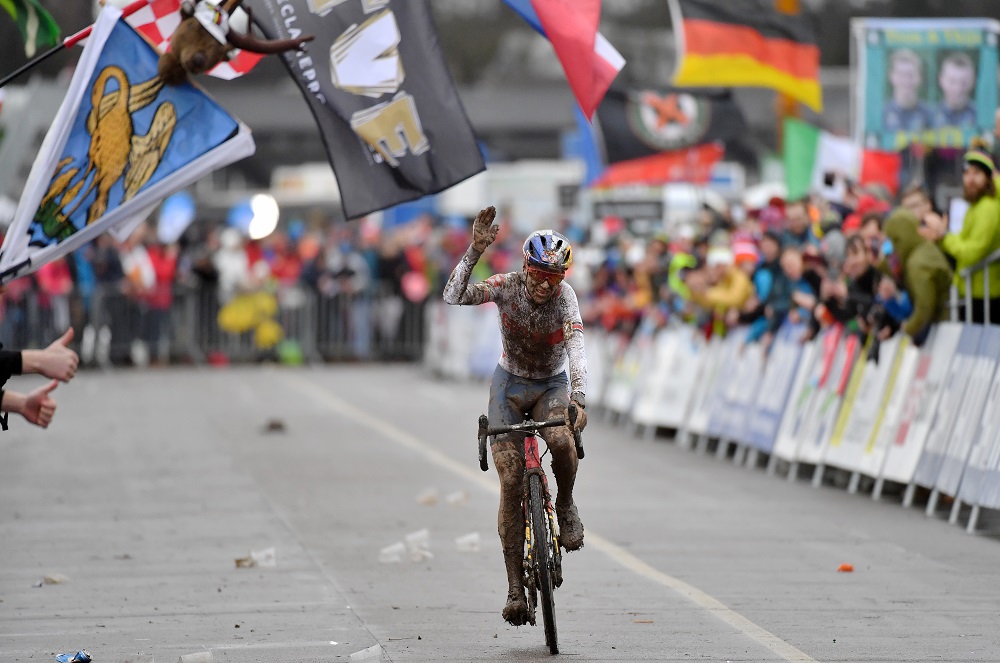 Great Britain Cycling Team’s Tom Pidcock has ridden his way into the history books by becoming the first British male to ever reach the elite men’s podium at the UCI Cyclo-cross World Championships in Dubendorf, Switzerland, earlier today.

The 20-year-old Yorkshiremen finished with the silver medal, completing a successful debut season having taken an early step up to compete in the elite men’s category.

Pidcock rode a great race, getting off to a strong start and staying with the race favourites vying for second place throughout the first three laps. An attack on lap four saw Pidcock distance himself from the chasing group and he was able to stay away for the rest of the race to claim the silver medal. Dutchman Mathieu van der Poel was dominant from the start to win his third world title, with Toon Aerts from Belgium clinching bronze.

Speaking after the race, Pidcock said: “To be honest, I didn’t think I’d be that strong. I knew this course and these conditions would suit me. It was incredible. The amount of fans who have come over is unbelievable and shows how much the sport has grown. It’s nice to be able to represent Britain in the elite race.”

It was bronze for Anna Kay in the under-23 women’s race, with France’s Marion Norbert-Riberolle storming her way to the rainbow stripes. Kay was in the chase group sitting in ninth place after the first lap, but was able to work her way through the field and led the chase at various points of the race. Hungary’s Kata Blanka Vas and Kay battled it out for second place on the final lap, with Vas crossing the line first to take the silver medal.