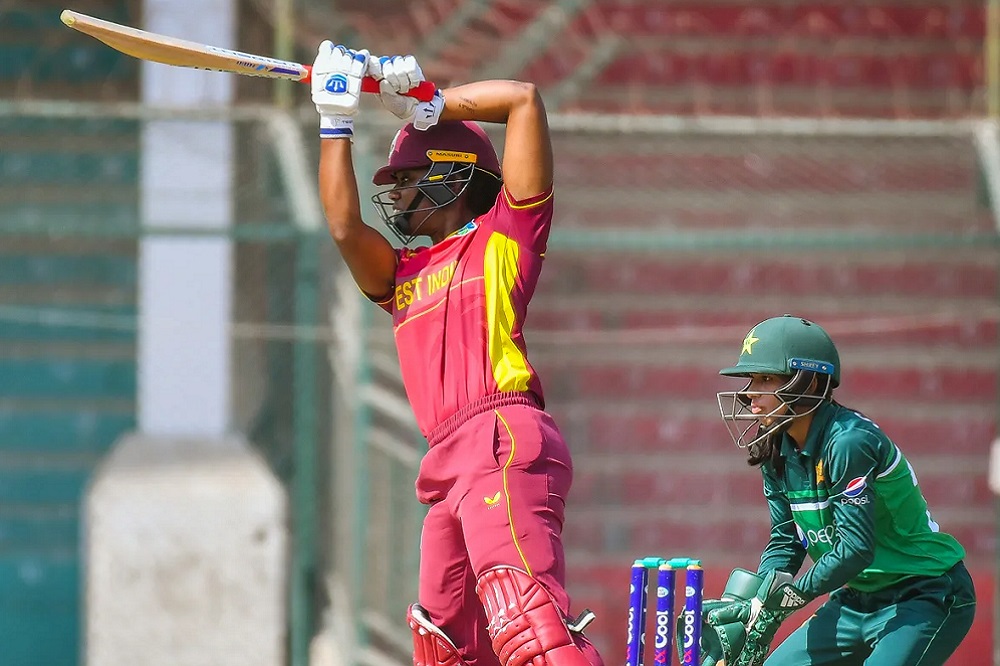 Hayley Matthews starred for the West Indies Women, taking a career best of 4/26 from 9 overs, which included 2 maidens. She told CWI media "Coming here, our expectations were pretty high... we wanted to not only win the series but to have a clean sweep so hopefully we get that in game three. A lot of the time when I talk about my performances I speak about wanting to be consistent. We've come down here really hungry and we know we have World Cup Qualifiers coming and I know I'm going to play a big role in that.
Matthews added "I've able to apply myself better in the crease also. The change in (batting) position which has brought about runs, I have been pretty happy so far but still hungry for that last game to get a big score in and hopefully some more wickets under my belt."
The teams meet again for the third Cool & Cool ODI at the National Stadium Karachi on Sunday November 14. First ball is at 10:00am local time/1:00am Eastern Caribbean Time/12:00am Jamaica Time.