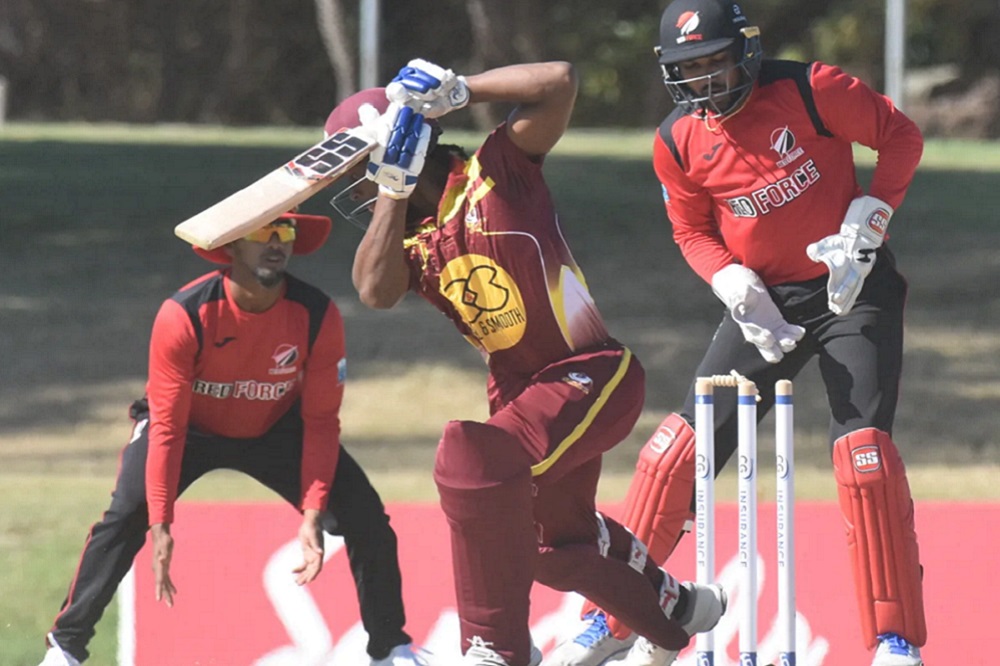 Trinidad & Tobago make it four in a row

Trinidad & Tobago Red Force maintained their unbeaten run in the CG Insurance Super50 Cup with a nine-wicket win over Leeward Islands Hurricanes at Coolidge Cricket Ground on Wednesday night. The Red Force bowled out the home side for 129 and then motored to 130-1 off 24.5 overs. It was their fourth win and earned them a spot in the semi-finals.

Sunil Narine, playing his 100th List A match, was brilliant as he took 3-36 from his 10 overs. One of his wickets came from a perfectly flighted off-break which turned a long way and rattled the stumps of Terrence Warde. Fast bowler Ravi Rampaul was named the CG Insurance Man-of-the-Match. He bowled an excellent new ball spell and took 3-17 from seven overs. The top score came from opener Kieran Powell (29), while Hayden Walsh jr chipped in with 26.

The Red Force them reached the target with little bother as Kjorn Ottley and Jason Mohammed shared an unbroken second-wicket partnership of 93. Ottley made 47 not out with six fours and a six over cover, while Mohammed scored 40 not out off 55 balls with four boundaries. Evin Lewis gave the innings a flying start as he smashed two sixes and three fours in 28 off 27 balls, but fell caught at point off pacer Quinton Boatswain.

“I am very happy with the performance of all our bowlers throughout this tournament. I’ve been putting some hard work in the conditions and I reaped the rewards today. It feels great to get the Man-of-the-Match. It’s always a pleasure to play for my country and I’m really enjoying it… I grew up playing with a lot of my team-mates and it’s been good fun. We believe we can win and we want to win," Rampaul said after the match.