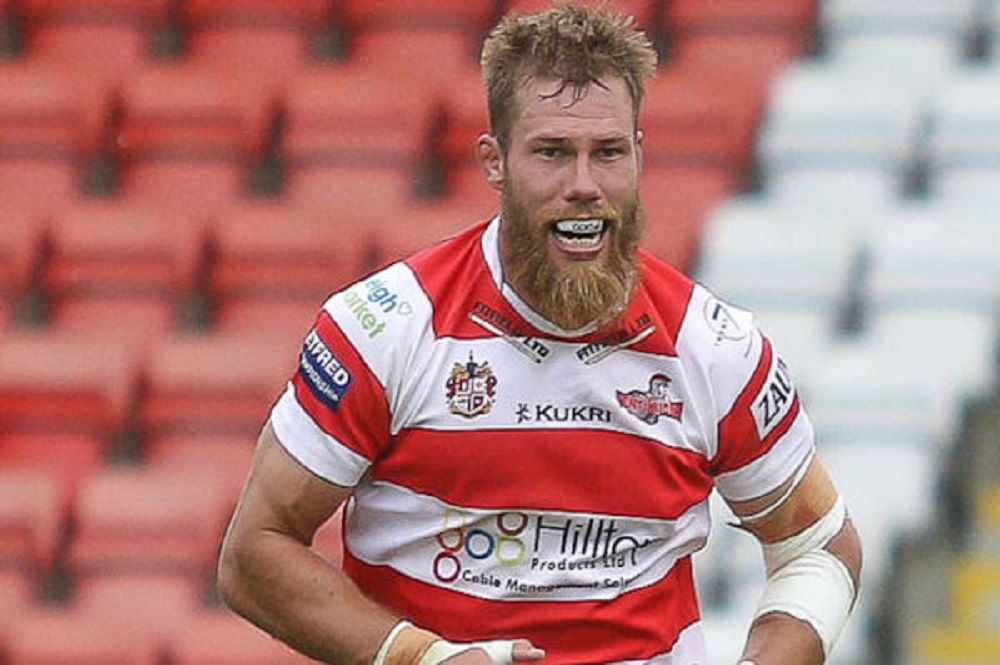 Leigh Centurions are delighted to announce that Tom Spencer has re-signed for the club ahead of the forthcoming season.

The popular forward had his 2019 season disrupted by injuries but was still able to make 20 appearances, scoring two tries. He is keen to make up for lost time in 2020 and Centurions head coach John Duffy is backing him to do just that.

Duffy said: "Tom had an injury for quite a while last season as well as some off-field stuff to deal with. But he came back for the last game of the season and had a blinder.

"We are looking for him to have a big off-season and kick on and show everyone who he really is. I don't think he did himself justice last season because of those niggling injuries so we're looking for a big year from Tom and I'm sure he'll give it to us."

Spencer, 28, returned to Leigh for the 2019 campaign after two seasons with London Broncos. He was a key member of the Broncos pack in their promotion-winning season and was in the side which upset Toronto Wolfpack to win the Million Pound Game in 2018 and take the Broncos back into Super League.

Spencer said: "I'm very happy to be signing again after a rollercoaster year back at Leigh. We started from an uncertain position but we showed real promise at times.

"We're dying for another crack at the Championship next year with the same core of the squad and a few new quality additions. We're quietly confident we can realise our potential.

"On a personal note, my goal is to try and stay fit and show consistency in order that I can contribute everything I can for the lads, the staff and the fans. I want to repay the faith that the club has shown in me for deciding to keep me here for the upcoming season."

Initially signed from Wigan on dual registration terms from Wigan in 2012, Spencer has played more than 100 times for Leigh, earning #HN1357. He has also had brief loan spells at Oldham and South Wales.

Tom Spencer will be sponsored by Impact Insurance.