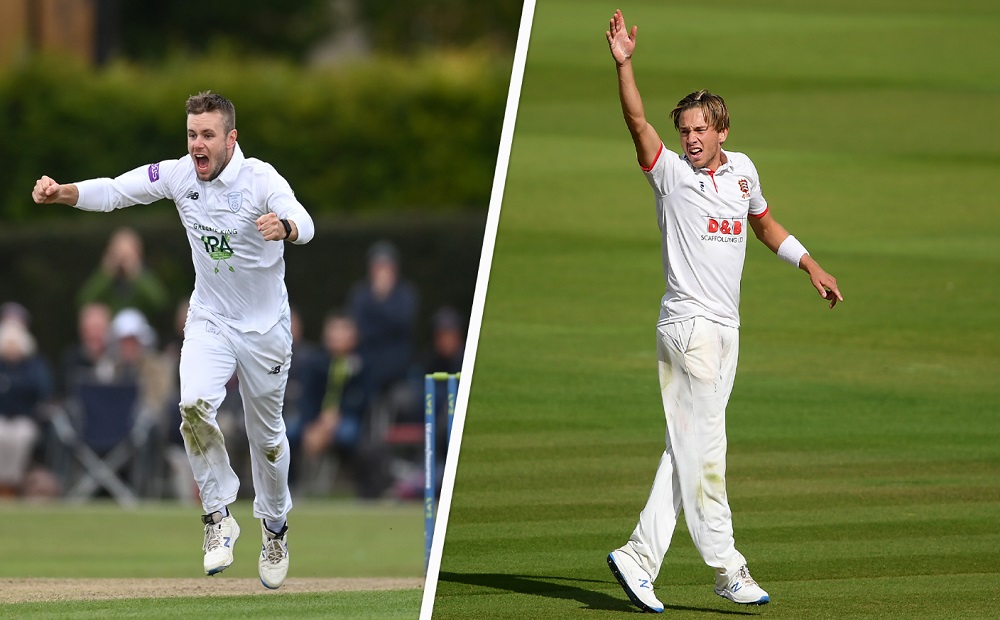 Sussex Cricket is delighted to announce the signings of Mason Crane from Hampshire and Aaron Beard from Essex on one-month loan deals.

Both Crane and Beard will be available for selection for tomorrow’s LV= Insurance County Championship match against Durham.

Right-arm leg-spinner Mason Crane began life at Sussex as a teenager before making the move to Hampshire’s academy, where he progressed and eventually made his Hampshire first XI debut against Surrey at the Ageas Bowl, dismissing Kumar Sangakkara for his first ever wicket, and finishing on figures of 2-35.

All-rounder Aaron Beard caught the eye on his first-class debut in May 2016 for Essex against Sri Lanka during their tour of England. Beard opened the bowling and took wickets in each of his first two overs, finishing with figures of 4-62.

Commenting on the new arrivals, Sussex Head Coach, Ian Salisbury said: “I have worked with both Mason and Aaron when I coached them for England u17s and u19s, so I know their qualities as people and cricketers.

“I’d like to say thank you to Essex and Anthony McGrath who contacted me to let me know Aaron could be of help, and the same to Hampshire. I am looking forward to working with both of them again and I know they will fit in easily with the group.”